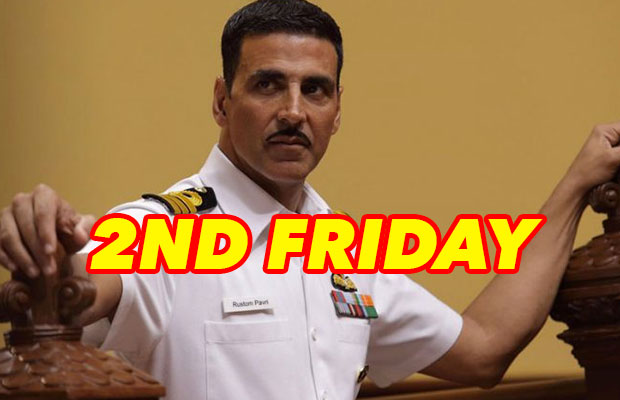 [tps_footer]Akshay Kumar started the year with the hit film ‘Airlift’ and yet again with ‘Rustom’, the Khiladi has given another blockbuster. ‘Rustom’ stars actors Ileana D’Cruz and Esha Gupta in lead roles apart from Akshay. The film is gaining all the laurels for its curiosity filled concept and plot. Directed by Tinu Suresh Desai, the movie is based on the sensational Nanavati case.

‘Rustom’ is applauded for Akshay’s convincing acting skills. The movie was much hyped even before the release. Additionally, the film was etched in the minds of the masses because of its hit songs and viral marketing strategies. Even though it released with Hrithik Roshan starrer ‘Mohenjo Daro’, ‘Rustom’ made a heavy mark at the box office racing ahead of the historic film.

The film ‘Rustom’ is one of the top earners for Akshay Kumar. The movie is the first one for Akshay to cross the 90 crore mark in one week.

‘Rustom’ is the second blockbuster of the year after Salman Khan’s ‘Sultan’. As compared to ‘Mohenjo Daro’, the Akshay starrer film is witnessing more crowds. The weekend for ‘Rustom’ might see a positive jump as well, as there is no competition now except for ‘Happy Bhag Jayegi’.

The areas of Mumbai and Delhi have been too favorable for ‘Rustom’. Coming to ‘Mohenjo Daro’ the film has done hardly 25% of ‘Rustom’s business on second Friday.[/tps_footer]