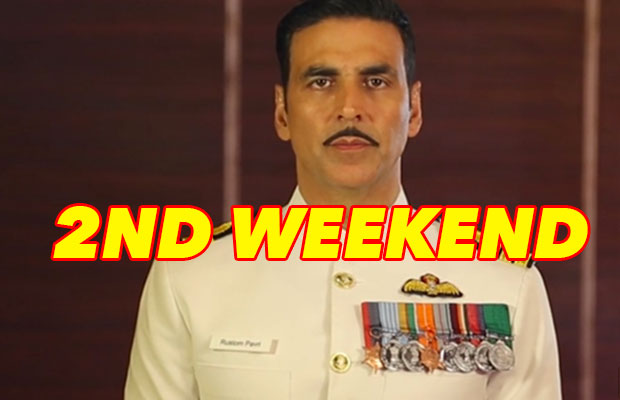 [tps_footer]Akshay Kumar, Ileana D’Cruz and Esha Gupta impressed everyone with their film ‘Rustom’. The movie is going strong at the box office thanks to its mind-blowing popularity amongst the masses. The film has done an amazing business in the weekdays too. The movie has now crossed the second weekend at the box office.

Akshay Kumar’s performance in the film is very much appreciated and also the plot of the film is too intriguing. ‘Rustom’ is based on the controversial Nanavati case and is directed by Tinu Suresh Desai. The movie is one of the biggest earners for Akshay Kumar.

The overall earning of ‘Rustom’ is Rs.106 crore net approx. Its second-weekend collection is on par with ‘Sultan’. The Akshay Kumar starrer is the second biggest hit of the year after Salman Khan starrer.

‘Rustom’ released with ‘Mohenjo Daro’ but due to hit songs and more hype it raced paced the historic film with a large margin. The film has beaten the collections of ‘Airlift’ in most of the areas.  The film also surpassed the collections of Shah Rukh Khan’s ‘Fan’ in the worldwide market.