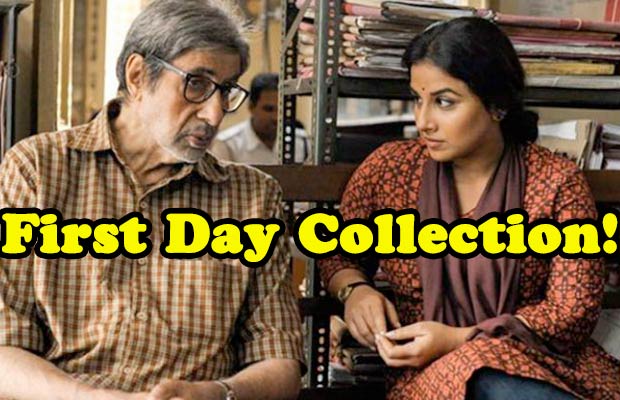 [tps_footer]The intense thriller ‘Te3n’ received a poor opening on its first day of release. The film starring Amitabh Bachchan, Vidya Balan and Nawazuddin Siddiqui received applauds for it’s on the edge story line but the movie could not transform the same in its box office collections. ‘Te3n’ lacked in its promotional strategies and hence could not build its presence in the minds of the audience.

With a serious genre the movie was already limited in its target audience and the same also reflected in its collections. The poor opening of 10%- 15% on the first day was a hint that the film will have to struggle hard in the weekend.

The first day collection of the tricky film is Rs. 2.75 crore net approx. The Ribhu Dasgupta directorial did an above average business in Kolkata but could not sustain in most of the areas. It is assumed that ‘Te3n’ will do most of the business in the metropolitan cities and major collections of the film will be from the multiplexes.

Due to the immense success of the film ‘Housefull 3′, the Amitabh Bachchan starrer had to suffer. ‘Housefull 3′ which is a comedy film attracted more audiences at the screens than the thriller. With a very poor start on the first day itself, ‘Te3n’ will have to strive hard to make a mark on the box office.[/tps_footer]