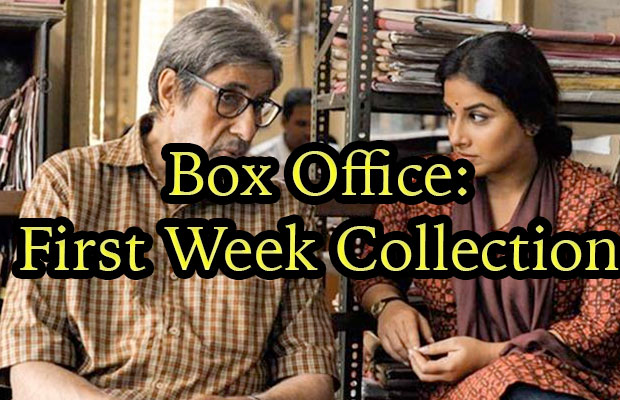 [tps_footer]’Te3n’ stars actors Amitabh Bachchan, Nawazuddin Siddiqui and Vidya Balan in lead roles. The film which has garnered positive reviews for its amazing plot and story line is relatively slow on the box office. ‘Te3n’ directed by Ribhu Dasgupta is a serious thriller with loads of twists and turns. The movie is surely not a mass appeal one.

With lack of any popular songs and promotions, the film failed to create a recall value on the minds of the audiences. Moreover, the films with such a genre always have a limited target audience which in turn affects their box office collections. ‘Te3n’ suffered a huge set back in its earnings because of the film ‘Housefull 3′. The comedy film which was a crowd entertainer bagged most of the audiences at the screens.

Finally, the Amitabh Bachchan starrer has crossed its first week at the box office. As expected the movie could not cross the mark of 20 crore. The first week collection of the intense drama is Rs. 16 crore net approx.

Moreover, ‘Te3n’ also lacked at the collections because of the Hollywood film ‘Conjuring 2′. The horror film earned twice more than ‘Te3n’. After a gradual start the Ribhu Dasgupta directorial managed to gain some mark but due to a very low opening the overall collections could not improve.

With the release of ‘Udta Punjab’, the thriller might not do any credible business in the coming weekend.[/tps_footer]