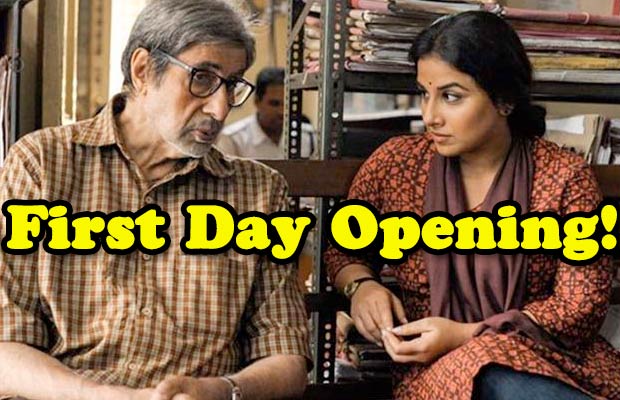 [tps_footer]Amitabh Bachchan, Vidya Balan and Nawazuddin Siddiqui starrer ‘Te3n’ has finally hit the screens. The intense film which has a serious tone to it was not much promoted. The genre of the film is tricky and hence the movie is not for the masses. The opening collection of the film ‘Te3n’ is average in most areas. Due to lack of promotion the film was not on the minds of the audiences.

The opening of the film was about 10% – 15%. The poor opening of the film can be a huge hindrance to its collections. The movie has received loads of praises for its realistic performances. Directed by Ribhu Dasgupta the movie is an edgy thriller with loads of twists and turns. With such a sensitive plot and no popular songs, the masses might not be too willing to view the film. ‘Te3n’ is undoubtedly meant for the classes.

It is assumed that the film might do well in the areas of Mumbai, Bangalore and Kolkata. Further, the film ‘Housefull 3’s success also was a drawback for the Amitabh Bachchan starrer. ‘Housefull 3′ which is a comedy film garnered most of the crowds at the screens due to its mass appeal.

Even with a commendable star cast, ‘Te3n’ will have to struggle to make a mark at the box office. The film is expected to do well in the weekends though. Now whether ‘Te3n’ will make up for its lost audience in the weekend or no only time will tell.[/tps_footer]