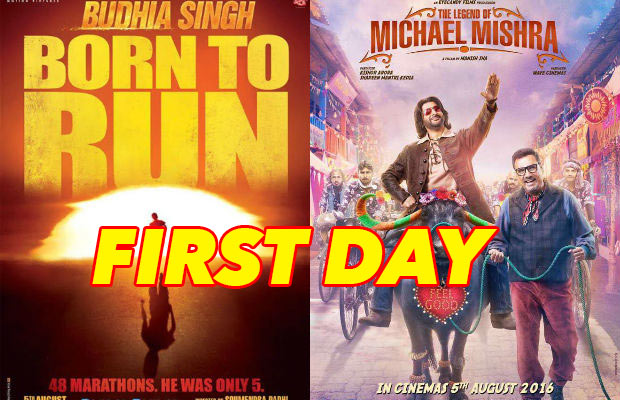 [tps_footer]The new releases this Friday are ‘Budhia Singh’, ‘Fever’, ‘The Legend Of Michael Mishra’, ‘Hai Apna Dil Toh Awara’ and ‘The Red Rose’. All the stated films have been low in their opening collections. ‘Dishoom’ which released last week has gained good collections in comparison to these films. ‘Dishoom’ starring Varun Dhawan, Jacqueline Fernandez, and John Abraham has been declared as a decent hit at the box office.

‘Dishoom’s earnings are greater than all these films. The Hollywood film ‘Jason Borne’ has also not shown any credible results at the box office. All the films after ‘Sultan’ have been low in their collections. Hollywood films ‘BGF’, ‘Ghostbusters’ and ‘Star Trek’ also did not create any mark.

‘Sultan’ is the only massive hit until now which is expected to reach the mark of 300 crore. Amongst all the Friday releases, ‘Budhia Singh’ is going to gain a decent crowd at the screens. The film was much in the limelight for its concept.

‘The Legend Of Michael Mishra’ is banned in Punjab which will add to its losses. The only hope for the industry on the immediate front lies with the release of ‘Mohenjo Daro’ and ‘Rustom’. Both these films are assumed to create a good collection because of the promotions and star cast.

Akshay Kumar starrer film ‘Rustom’ is much awaited and also ‘Mohenjo Daro’ is very much in the minds of the viewers.[/tps_footer]