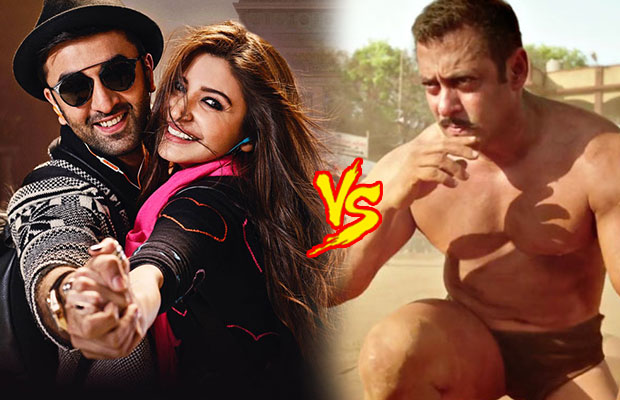 Karan Johar’s Ae Dil Hai Mushkil starring Ranbir Kapoor, Anushka Sharma, Aishwarya Rai Bachchan and Fawad Khan released on October 28 in a clash with Ajay Devgn’s Shivaay. Both the films have received good response all over and are currently battling at the Box Office. ADHM has not only done good business in the domestic market but has turned out to be excellent in Overseas with strong numbers.

Ae Dil Hai Mushkil starring Aishwarya, Ranbir, Anushka and Fawad Khan in the lead roles has managed to mint good numbers in the overseas market too, which has helped to put a good worldwide collection on the board. The gross business of ADHM in India is Rs. 46.50 crore and overseas is Rs 41.50 crore. The worldwide collection of Ae Dil Hai Mushkil is around Rs 88 crore

ADHM has turned out to be the 6th highest among the top worldwide grosser of 2016, beating Akshay Kumar’s Airlift. While Salman Khan’s Sultan stands at number 1 following are Shah Rukh Khan’s Fan  and Sushant Singh Rajput’s M.S Dhoni-The Untold Story.

Well, ADHM, which is a story about one-sided love and friendship, has the potential to reach the mark of Rs 200 crores worldwide. It remains to see what magic the film creates in the coming days.