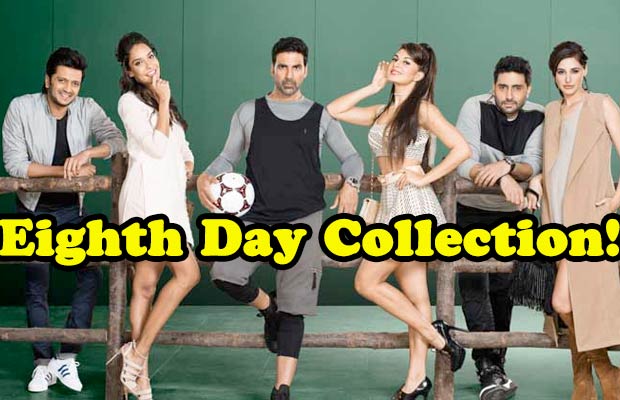 [tps_footer]‘Housefull 3’ has beaten all the odds in its way and has emerged as a hit. The multi starrer film which is full of comic one liners has been successful at the box office. The movie has crossed its first week successfully and is still attracting audiences at the screens. The film has reached the eighth day at the box office.

‘Housefull 3’ was not critically acclaimed but the movie made a presence in the audience’s minds. With back to back promos and good marketing strategies the film got attention from the masses. While some critics termed the film as a non-sensible comedy some applauded its funny genre. ‘Housefull 3′ starring Akshay Kumar, Abhishek Bachchan, Riteish Deshmukh, Lisa Haydon, Jacqueline Fernandez and Nargis Fakhri has entered in its second weekend.

Additionally, the Akshay Kumar starrer has already bagged the title of the highest first week earner of the year. If ‘Udta Punjab’ delays further, this weekend might also be fruitful for the film which can add more numbers to its present collection. Now whether, ‘Housefull 3′ keeps up with its strong record in the second weekend or no only time will tell.[/tps_footer]