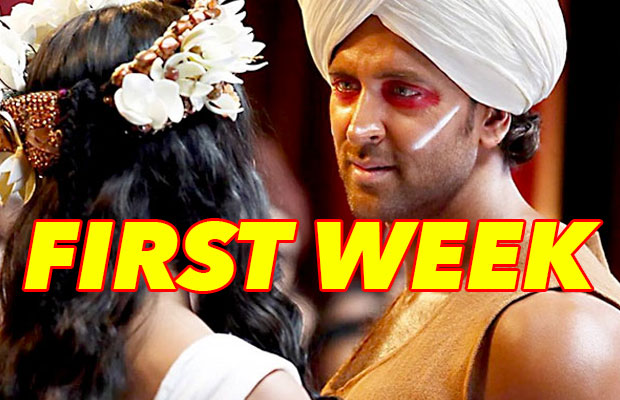 [tps_footer]Hrithik Roshan and Pooja Hegde starrer film ‘Mohenjo Daro’ has crossed its first week at the box office. The last Friday witnessed the clash of ‘Mohenjo Daro’ and Akshay Kumar starrer ‘Rustom’. Both the films were much awaited but ‘Rustom’ stole the attention due to its hit songs and promotions. The historic Hrithik starrer film lacked in these aspects.

Directed by Ashutosh Gowariker, the film was not top notch in marketing too. ‘Mohenjo Daro’ is based on the Indus Valley Civilization. The film had to bear loads of criticisms too because of lack of research. After receiving mixed reviews the film could not keep up with the pace of ‘Rustom’.

‘Mohenjo Daro’ also marked the debut of actress Pooja Hegde. Moreover, the songs were also not very popular. The first-week collection of the film is Rs.50 crore net approx. The movie had a week full of holidays but its earnings dwindled because of ‘Rustom’.

The movie was faring well till Sunday, however, its earnings dropped massively on the weekdays starting from Monday itself. ‘Mohenjo Daro’ is the fourth highest one week earner for Hrithik Roshan. The film is also not performing well in the overseas market. The film ‘Rustom’ has already reached the mark of 90 crore but ‘Mohenjo Daro’s fate at the box office is dicey.[/tps_footer]