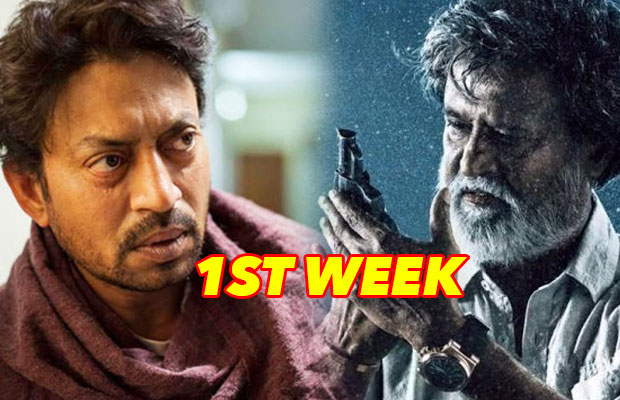 [tps_footer]Irrfan Khan’s serious film ‘Madaari’ earned loads of applauds from the critics. The film, however, could not show many results at the box office. The film was a thought provoking one which brought to light the issues of a common man and the system. Irrfan Khan’s impeccable performance is highly appreciated. ‘Madaari’ lost most of its crowds because of its limited target audience.

Rajinikanth’s film ‘Kabali’ has earned huge numbers at the box office. The Hindi version of the film is still very poor as compared to its other languages. ‘Kabali’ is a mass entertainer and Rajini’s humongous fan following is a crowd puller. Nevertheless, even with the wide release in India, the film did not manage to impress the Hindi speaking belts.

‘Madaari’ and ‘Kabali’ have now completed their first week at the box office. Both the films have gained poor collections. Rajinikanth’s gangster flick could not create any laurels in its Hindi version. The film in its first week has earned Rs.21.75 crore net approx. The collections are similar to the film ‘Robot’.

‘Kabali’ might do a lifetime business of 25 crore in the Hindi speaking regions. The movie saw considerate crowds in Mumbai but it failed in the circuits of West Bengal, Delhi/UP, and East Punjab.

Coming to Irrfan starrer ‘Madaari’ the film has earned low records since its release. The first-week collection of the film comes to Rs.12.50 crore net approx. The movie attracted an above average crowd in Delhi/UP and East Punjab regions. The film failed miserably in the South regions because of ‘Kabali’. ‘Madaari’ might do a lifetime business of 15 crore at the box office.[/tps_footer]