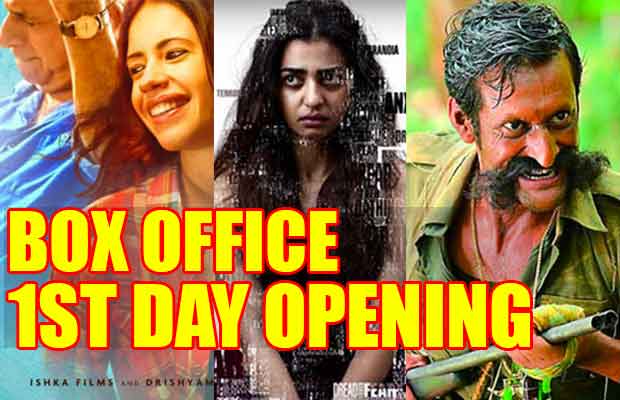 [tps_footer]Three Bollywood films – Radhika Apte’s ‘Phobia’, Ram Gopal Verma’s ‘Veerappan’ and Kalki Koechlin-Naseeruddin Shah’s ‘Waiting’ have released today at the Box Office. All the three content oriented films have opened to a very dull response and the reason can be not so hyped promotions. Unfortunately, none of the films could manage to get a decent opening on its first day.

While ‘Phobia’ and ‘Waiting’ opened with 2-3% opening in the morning shows, RGV’s ‘Veerappan’ opened with around 7-8% at the Box Office.Veerappan has got a good response in Maharashtra and Central India but fared low in North and East India. Well, it seems ‘Veerappan’ will open with a decent collection on its first day while there are fewer hopes from ‘Waiting’ and ‘Phobia’.

On the other hand, another Bollywood film ‘Fredrick’ has released but has been completely neglected. While Bollywood films could not be impressive with its opening, Hollywood’s animated film ‘Angry Birds’ managed to gain the best occupancy of around 15% and seems that it would be the best option for the movie buffs to watch this weekend. Now it remains to see which Bollywood film manages to grab more audience during the weekend.[/tps_footer]