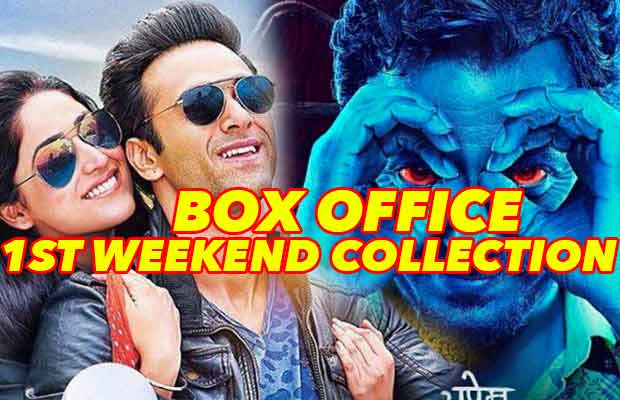 [tps_footer]‘Raman Raghav 2.0’ and ‘Junooniyat’ released on the same day. The two films which were not heavy on the minds of the audiences have garnered low collections at the box office. The film ‘Udta Punjab’ which released before these two stated films stole all the limelight. With low awareness and hype, both the releases this week have been poor.

‘Raman Raghav 2.0’ stars actor Nawazuddin Siddiqui in the principle character. The film is directed by Anurag Kashyap and has received good reviews in terms of execution and performances. The film is a dark movie which is a drawback. ‘Raman Raghav 2.0′ is a thriller based on the psycho serial killer Raman Raghav. Based on true incidents, the movie did create a sense of curiosity amongst the masses.

The Nawazuddin Siddiqui starrer has crossed its first weekend and due to a low target audience, the film has earned Rs. 3.75 crore net approx. (Rs 37 million) The film did see crowds at the screens but because of its genre and realistic feel, it was not a mass appealing one. The film is expected to die out in the weekdays.

Just like ‘Raman Raghav 2.0′, the other release ‘Junooniyat’ is also on the same lines. ‘Junooniyat’ stars actors Pulkit Samrat and Yami Gautam. The film was not applauded by the critics and it did not even see crowds at the screens. ‘Junooniyat’ earned Rs. 2.15 crore net approx. (Rs 21 million) in its first weekend. The film has fewer collections than ‘Raman Raghav’ too. The Pulkit–Yami starrer is a romantic flick and was expected to see young crowds at the screens. Due to lack of story line and not so great performances, the film has already lacked back.

Other releases like ‘7 Hours To Go’ and ‘A Scandall’ reached hardly Rs.1 crore net approx.[/tps_footer]