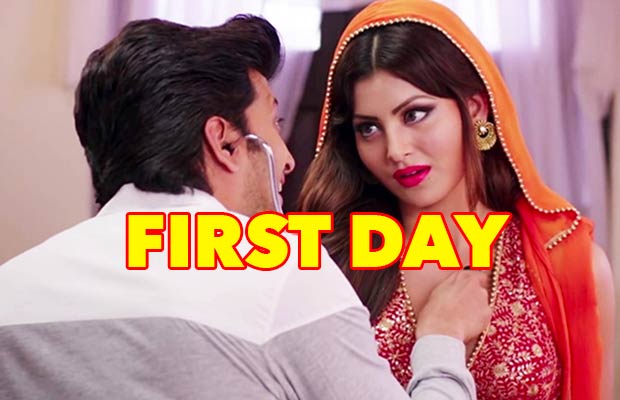 [tps_footer]‘Great Grand Masti’ starring Riteish Deshmukh, Vivek Oberoi, Aftab Shivdasani and Urvashi Rautela has finally hit the screens. The adult comedy has crossed its first day at the box office.  The film has been in the limelight for various reasons. The first day opening of the film is not at all impressive in its collections.

Helmed by Indra Kumar, ‘Great Grand Masti’ is the third part of the Masti franchise. The earlier two films were good hits but the same cannot be said for the just released film. The movie opened on an average note of 15% to 20% at the box office. The first day collection of the adult comedy flick is Rs.2.50 crore net approx. The film could not create any buzz on the box office and will have to struggle to make a mark.

The movie was in a tough war with the censor board for its double meaning dialogues and scenes. The film finally released with a few cuts which must have affected its overall plot. The film released in 1700 screens which was the least if compared to ‘Mastizaade’ and ‘Kya Kool Hain Hum 3′. The latter two films were released in 1850 screens and 2100 screens respectively.