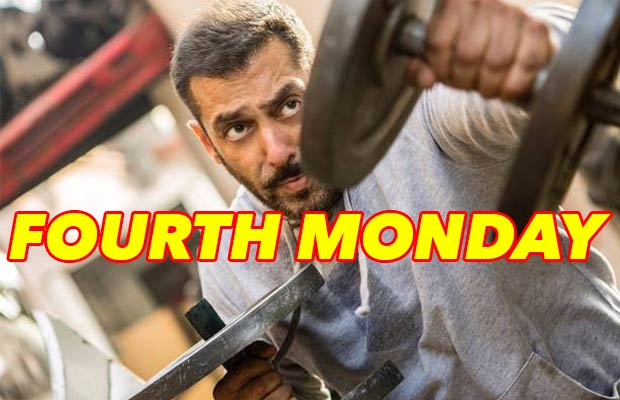 [tps_footer]Ali Abbas Zafar’s wrestler based film ‘Sultan’ has crossed its fourth Monday at the box office. The film is the longest running film lately. Starring Salman Khan and Anushka Sharma in lead roles, the movie is still witnessing minimal crowds at the screens. ‘Sultan’ is just a few numbers away from the 300 crore mark. The movie received amazing reviews for its execution and plot. The film was adored by the masses for its romantic angle too.

No other film competed with ‘Sultan’ which made the Salman starrer film a sole survivor. With Salman’s envious fan following the movie received a massive opening. ‘Sultan’ released on Eid and the holidays also paved a way for high collections. Likewise, the advance bookings of the film were also skyrocketing.

The movie will cross the mark of 300 crore in this week itself. With the release of ‘Dishoom’, the collections of the Salman–Anushka starrer got affected. The film will have to seal its fate before it gets the competition from ‘Mohenjo Daro’ and ‘Rustom’.[/tps_footer]