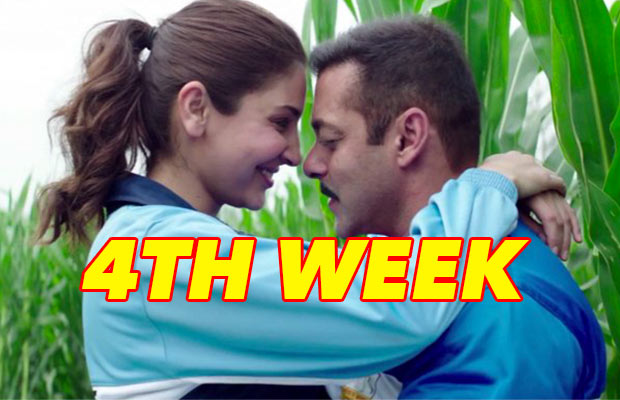 [tps_footer]Ali Abbas Zafar’s wrestling based film ‘Sultan’ has successfully crossed its four weeks at the box office. The movie is the first blockbuster of the year and has earned gigantic collections. The film has also been reviewed positively by the critics. Due to its festive release, the movie gained maximum advance bookings.

‘Sultan’ was much hyped even before its release for its star cast. The film features actors Anushka Sharma and Salman Khan in lead roles. The film apart from its wrestling plot was also adored for its love story. The film is now marching towards the mark of 300 crores.

The total collection of ‘Sultan’ comes to Rs.298.32 crore net approx. The film is just a few numbers away from 300 crores. The fourth week collection of the film is also impressive with Rs.4.25 crore net approx. Even with the release of the film ‘Dishoom’; ‘Sultan’ did not suffer a huge setback. In fact many viewers preferred to watch the Salman Khan starrer film even after four weeks.

The collections in the fourth week dropped by 72%. Due to the film ‘Dishoom’, ‘Sultan’ lost around an average of 1.5 crore at the box office. The Salman–Anushka starrer film will bear the loss of a massive amount when ‘Mohenjo Daro’ and ‘Rustom’ release.[/tps_footer]