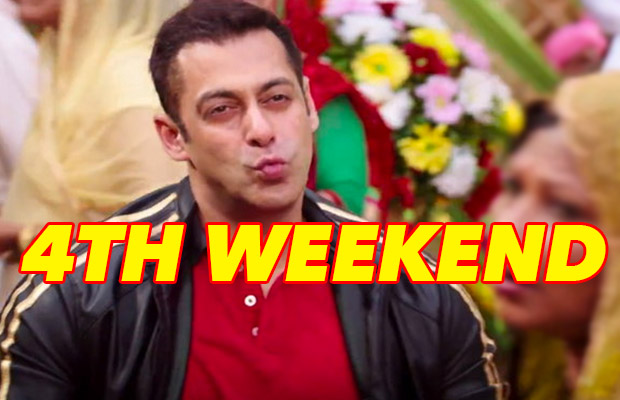 ‘Sultan’ featuring Salman Khan and Anushka Sharma has entered in its fourth week. The movie directed by Ali Abbas Zafar is still attracting crowds at the screens. The film is now inching towards the 300 crore mark. ‘Sultan’ is the first film in the year 2016 which has sustained successfully till three weeks. Though the collections of the fourth week are too meager it can still be useful for its total earnings.

The film received good publicity for its star cast. Additionally, the performances by Salman and Anushka were also applauded. The two stars left no stone unturned to fit in their wrestler characters. ‘Sultan’ was an Eid release and the holiday was very fruitful for its week one collections.

The advance bookings of the wrestler based film were sky high which paved way for a large number at the box office. The film has finally entered in its fourth week.

The total collection of ‘Sultan’ comes to Rs.294.61 crore net approx. The hopes for ‘Sultan’ to cross the 300 crore mark are still there because the movie since its release has shown amazing growth in the weekends. Even though the weekday collection dwindled the film witnessed a good amount of crowd in the weekends.

Now whether the Salman–Anushka starrer film manages to create laurels in this weekend or no is yet to be seen.  Moreover, even with the release of ‘Dishoom’, ‘Sultan’ is gaining viewers!