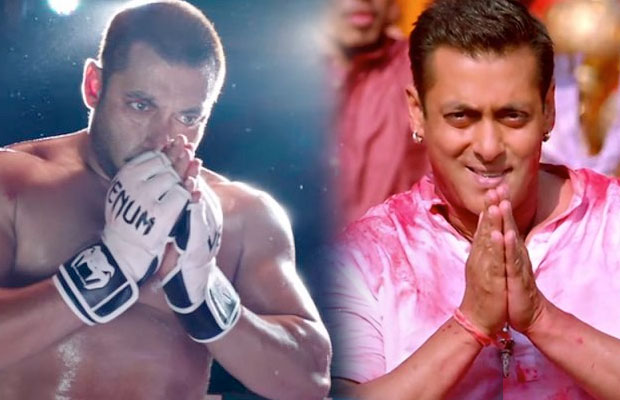 [tps_footer]Salman Khan is not just breaking records of other films, but the superstar is also breaking his own records at the box office. The superstar is on cloud nine with the immense success of his just released film ‘Sultan’. The movie stars actress Anushka Sharma in lead role. Directed by Ali Abbas Zafar, ‘Sultan’ is based on the theme of wrestling.

The much hyped film has finally completed its first week at the box office. With envious advance bookings ‘Sultan’ raked in maximum numbers on its first day itself. The film has not dropped down in its collections since its release. Initially, it maintained the average of 30 crore net approx. on all days. The collections then dropped on Monday and Tuesday.

‘Sultan’ with its massive numbers has now beaten blockbuster ‘Bajrangi Bhaijaan’ in its first week collections. The movie starring Salman Khan, Kareena Kapoor Khan, Harshaali Malhotra and Nawazuddin Siddiqui was much adored by the masses. The film broke all the records last year with its meaningful plot and concept.

The margin between the two figures is quite high and Ali Abbas Zafar’s film has won the battle. It will be interesting to see which other records ‘Sultan’ breaks![/tps_footer]