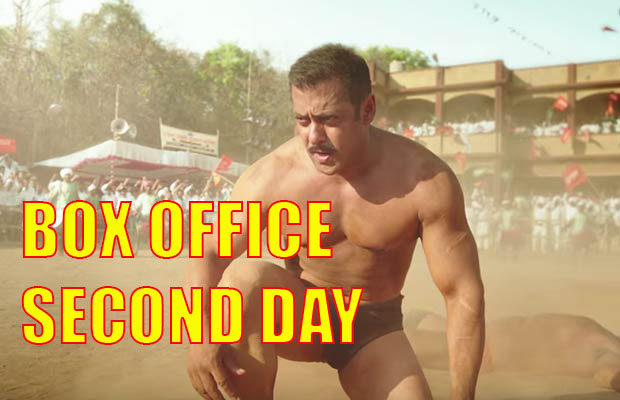 Salman Khan and Anushka Sharma starrer film ‘Sultan’ is already declared a hit. The movie which is based on wrestling had an impressive advance booking sales. The film is directed by Ali Abbas Zafar and sees Salman in the role of a wrestler. Moreover, the hyped film also is a love story.  With an interesting star cast, the masses were already awaiting this film.

‘Sultan’ had gained immense earnings on the first day itself. The film which released on a national holiday witnessed house full boards all over. The holiday proved to be beneficial for the film’s collections. The much in limelight film has crossed its second day at the box office.

The film broke first-day collection records in East Punjab and Mysore. It also did a commendable business in Kolkata. After the national holiday on Eid, ‘Sultan’ also got a partial holiday on the next day which paved the way for more collections.

The Salman Khan and Anushka Sharma film will now race for the highest weekend collection. The record is with ‘Bajrangi Bhaijaan’ with Rs. 101.42 crore net approx.