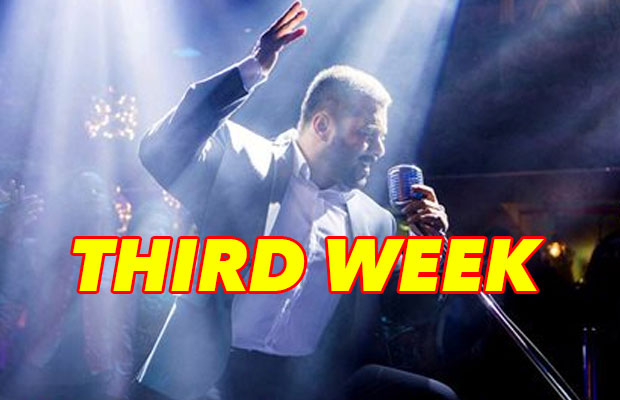 [tps_footer]Salman Khan and Anushka Sharma starrer film ‘Sultan’ is trying to gain the 300 crore mark. The film has now completed its third week at the box office. Since its release the movie is receiving high numbers at the box office. The film is already labeled as the blockbuster of the year. ‘Sultan’ directed by Ali Abbas Zafar is based on wrestling. The movie also has a love story angle.

‘Sultan’ created records in its advance bookings and with the Eid release the film received a very strong first week. The collections of the movie were dropping in the weekdays but the weekend collections have been very high until now.

The total collection of ‘Sultan’ comes to Rs.294.01 crore net approx. The film is struggling to reach the 300 crore mark. In order to obtain that figure, the Salman starrer will need a jump of another 6 crore. The third-week collection of the film is the third highest after ‘Bajrangi Bhaijaan’ and ‘Dabangg’.

The film has created an all-time record after the movies ‘PK’ and ‘Bajrangi Bhaijaan’. The Salman–Anushka starrer film created a mark in the East Punjab region. Now whether ‘Sultan’ crosses the 300 crore mark or no is yet to be seen.
[/tps_footer]