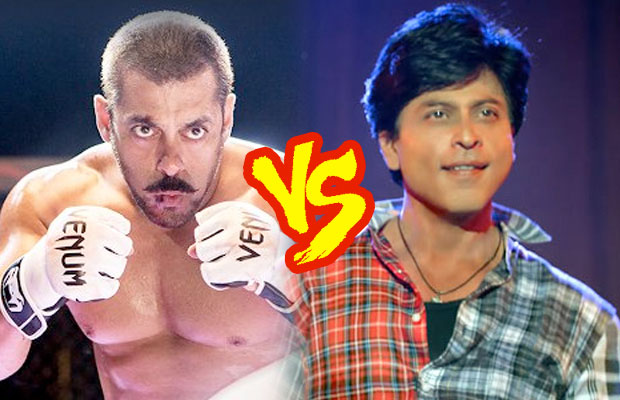 [tps_footer]Salman Khan starrer film ‘Sultan’ is creating waves with its massive opening. With a mind blowing advance booking the film has already topped many records. Salman’s fan following has been fruitful in pulling the audience at the screens. The film is witnessing house full boards at all the theaters.

Directed by Ali Abbas Zafar, ‘Sultan’ also stars actress Anushka Sharma in a lead role. The film has finally entered in its first day at the box office. The first day opening of the much hyped film is 70%. The movie was predicted to gain massive records at the box office and the same reflected in its collections too.

With a strong cast, the Ali Abbas Zafar directorial is on the verge of becoming the first blockbuster of the year. As compared to Shah Rukh Khan’s ‘Fan’, Salman Khan’s ‘Sultan’ has raced ahead in terms of first day opening.

Shah Rukh Khan’s ‘Fan’ had no songs and was too unique concept wise, unlike mass entertainer ‘Sultan’. ‘Sultan’s large target audience is a boon. ‘Fan’ starring SRK in a lead role opened with 45%-50% opening. However, even with a good opening the film declined in its collections in upcoming days.

Salman Khan has won the battle from Shah Rukh Khan’s ‘Fan’. It will surely be interesting to see how many records ‘Sultan’ breaks.[/tps_footer]