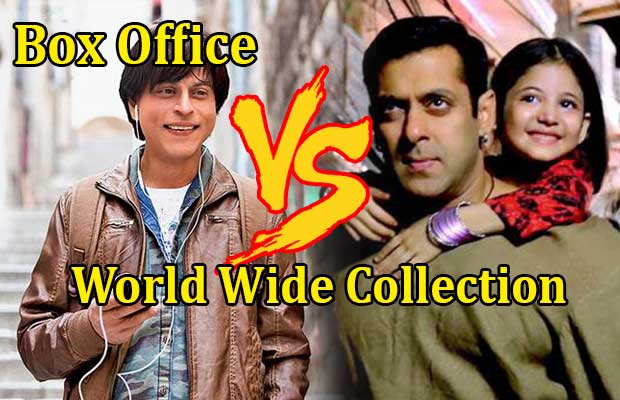 [tps_footer]Shah Rukh Khan has all the reasons to make merry for the mind blowing response for his film ‘Fan’. The superstar who received not so good reviews for his last film ‘Dilwale’ has finally bounced back in the game. SRK is yet again applauded for his magnificent acting skills in the film ‘Fan’. The actor is portraying a double role in the film.

Directed by Maneesh Sharma, ‘Fan’ has not only enhanced Shah Rukh Khan’s fan following but has also earned amazingly at the box office. The movie opened on a commendable note and additionally the weekend collections have also been positive.

‘Fan’ is not only a hit on the home front but is also a successful movie worldwide. Shah Rukh Khan has an enviable fan following globally. Almost all of SRK’s films have a good collection worldwide. Likewise, the film ‘Fan’ has also followed the route and has crossed the Rs 100 crore mark.

The worldwide collection of the film ‘Fan’ is Rs 114 crore net approx. The film has beaten the record of Akshay Kumar’s ‘Airlift’ which was highest for this year, it collected Rs 78 crores net approx. With no songs and limited viral promotions, the Maneesh Sharma directorial has managed to rake in very high numbers.

The film is yet to beat the all-time high collections of ‘Dhoom 3′ and ‘Bajrangi Bhaijaan’. Aamir Khan’s ‘Dhoom 3′ is still the highest weekend opener at Rs 193 crore net approx. worldwide and second highest opener is Salman Khan’s ‘Bajrangi Bhaijaan’ at Rs 187 crore net approx. Nevertheless, SRK starrer movie is expected to do impressive business in the coming weeks too.[/tps_footer]