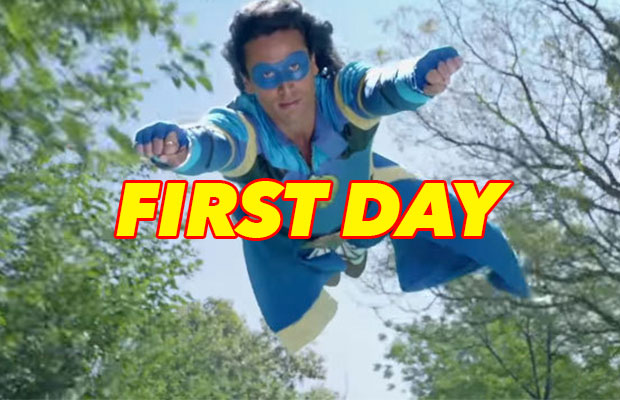 ‘A Flying Jatt’ starring Tiger Shroff and Jacqueline Fernandez in lead roles has finally hit the screens. The makers of the film left no stone unturned to promote the film. The movie also features stars Nathan Jones, Amrita Singh and Kay Kay Menon in integral roles.

The movie was much awaited by the masses but due to the cold response for its trailer, its recall value died down. Further, the film picked up in its popularity in the recent days and managed to create a mark in the minds of the audience. ‘A Flying Jatt’ had an average opening at the screens. The film also accounted for a low start at many areas. The movie opened in 2500 screens.

The film has released on Janmashtami which a partial holiday in many areas. However, even with the strategic release, the movie could not garner large amounts of crowds. The opening of the Tiger–Jacqueline starrer is lower than ‘Baaghi’ also in spite of the holiday.

It is assumed that due to its genre it may work well in the North regions of East Punjab and Delhi. Tiger Shroff has witnessed a strong hold over the markets of Central and West India which may improve the film’s collections. The movie is said to be an apt one for the kids and with the holiday like weekend approaching it may cover its massive numbers.

Also, the positive sign for the film ‘A Flying Jatt’ is that ‘Rustom’ and ‘Happy Bhag Jayegi’ have already crossed their major days at the box office and now the Tiger Shroff starrer can steal the crowds.