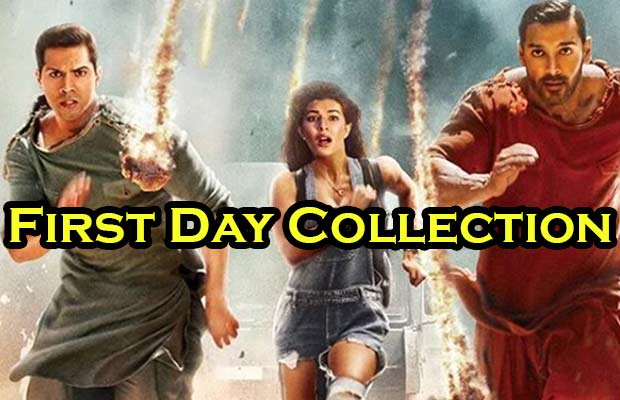 Varun Dhawan, John Abraham, and Jacqueline Fernandez have entered the silver screen with their film ‘Dishoom’. The film has received mixed reviews from the audiences until now. Directed by Rohit Dhawan, ‘Dishoom’ was much awaited by the young lot. The film was up to the mark in its promotions which helped in its popularity. The movie is applauded for its action-oriented plot.

After the film ‘Sultan’, the Rohit Dhawan directorial is the first film with a high star cast. The film is also termed as an entertainer with a combo of action, comedy, and romance. ‘Dishoom’ has surpassed its first day at the box office. The film received a 30% opening on its first day which is decent enough. The Varun Dhawan and John Abraham starrer flick will make good business in the multiplexes because of its plot.

Moreover, Varun, John, and Jacqueline also have a huge fan following in the metropolitan cities. The early collection estimate of ‘Dishoom’ on its first day is Rs.11 crore net approx. The earnings are similar to ‘Baaghi’.

‘Dishoom’ has gained a good collection in the circuits of Mumbai, Delhi/UP, and East Punjab. ‘Baaghi’ however, was a mass opener in its opening. Varun Dhawan’s last film ‘ABCD 2′ had earned Rs.14.28 crore net approx.  The Varun–John starrer action flick has lacked behind ‘ABCD 2′.

The positive point for ‘Dishoom’ is that it has no competition from any other film. The Hollywood films ‘The BFG’ and ‘Ghostbusters’ have opened on a poor note. ‘Dishoom’ will have a smooth run on the weekends as it is the sole film released.

The collections in the areas of Gujarat and Rajasthan have been good and are likely to increase. ‘Dishoom’ will receive most of its collections from the multiplexes of Mumbai, Delhi, and Punjab. It may receive a competition from the Punjabi film ‘Bambukat’ which has received a very good opening.