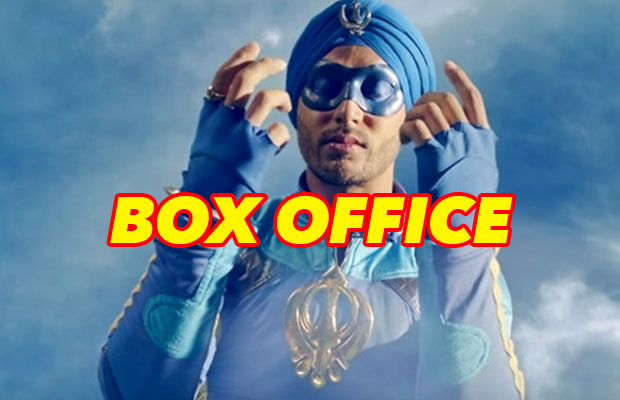 [tps_footer]‘A Flying Jatt’ is all set to hit the screens tomorrow. The superhero flick will star actors Tiger Shroff, Jacqueline Fernandez and Nathan Jones in lead roles. The film has been promoted amazingly in every nook and corner of the country. The stars of the movie are leaving no stone unturned to etch the film in the minds of the audiences.

Due to the presence of multiple films namely ‘Rustom’, ‘Mohenjo Daro’ and ‘Happy Bhag Jayegi’, ‘A Flying Jatt’ had to struggle to gain attention. The star cast of the film is fresh and new which may work well for attracting the youth. Tiger has loads of fan following in the metropolitan cities and likewise Jacqueline is also one of the most adored actresses.

Due to the good star value, the film might get an above average opening at the box office. The first glimpse of the movie was not very impressive but due to vigorous updates and back to back song releases the film was successful in generating a recall value. The recent Beat Pe Booty challenge by the makers also helped in increasing its popularity.

‘A Flying Jatt’s concept is openly being compared to Hrithik Roshan’s ‘Krrish’. Directed by Remo D’Souza the makers have maintained that the concept of the movie is very different and the only similarity between the two is that they deal with superheroes.

Tiger Shroff’s record at the box office has been successful since his debut. Also with the partial holiday of Janmashtami, the film might attract more crowds at the screens. The film is expected to gain a decent opening on its first day with fairly good numbers. The film is all set to release tomorrow.