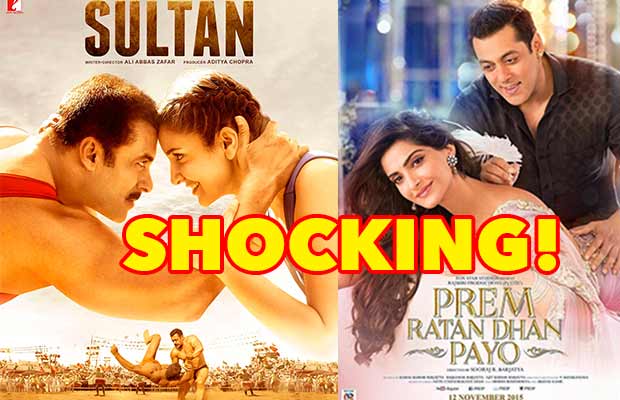 [tps_footer]The Ali Abbas Zafar directorial ‘Sultan’ has shocked the box office with its whopping collections. The movie which was much awaited by the masses has finally crossed its first three days at the box office. The film stars Salman Khan and Anushka Sharma in lead roles. ‘Sultan’ was assumed to be the first blockbuster of the year and with the massive earnings in the initial days itself, the movie is claiming the throne right away.

Aamir Khan’s ‘Dhoom 3′ was the second record holder for its gigantic figures. Seems like, ‘Sultan’ has broken all the records in its way. The Salman– Anushka starrer film was an Eid release which played a very important role in its increasing collections.

Coming to the family mega blockbuster ‘Prem Ratan Dhan Payo’, ‘Sultan’ has shockingly not been able to beat the Sooraj Barjatya directorial in terms of first three days collections. The Salman and Sonam Kapoor film earned Rs. 122.50 crore net approx. ‘PRDP’ was also a festive release and moreover, its family genre worked in the favor of the film. ‘Prem Ratan Dhan Payo’ was much hyped before the release as it marked the hit come back of filmmaker Sooraj Barjatya and Salman Khan.

‘Sultan’ could not beat ‘Prem Ratan Dhan Payo’ which stood tall with its Rs 122 crore figure for the first three days.