Well, the two had parted their ways months back last year. Now rumour has it that Rashami Desai is dating a 20-year old actor and model Laksh Lalwani. The television actress recently shared a photo of her with Laksh that raised many eyebrows. The Instagram post reads: It’s like a golden thread which binds us together. Thanks @iamsolaksh for always being by my side!!! #FriendsLikeFamily. 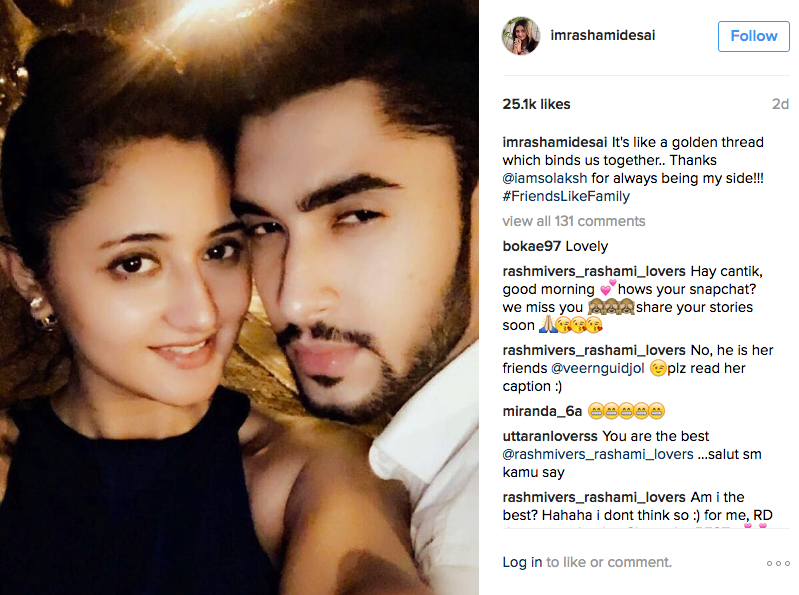 Well, it’s not confirmed if the two are in a relationship or no but this picture speaks a thousand words. Reportedly, Rashami and Laksh met each other first on the sets of TV show Adhuri Kahani Hamari, and since then the two have been seen together.

When a leading entertainment portal asked Rashami Desai  about the same, the actress ignored to answer anything. Rashami said that it is her personal life and that, it’s her social account where she can post anybody’s photo.

Well, only time will tell if the two are romantically involved with each other or no.