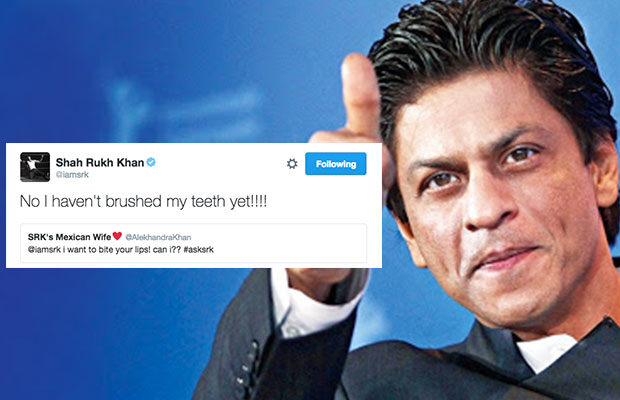 Apart from his brilliant acting skills, marketing skills, wooing girls, and of course his wealth, Shah Rukh Khan is also popular for his witty nature. If one tries to act smart or pulls his leg, SRK deals and answers them in the wittiest way possible. And his wit and humour will never offend anyone. In fact, people have a good laughter after his response.

Today, the actor again did #AskSRK on Twitter with his fans. Well, along with fans, even haters took this opportunity to take a dig at the handsome actor. But, it is not easy to mess with King Khan. From doing a s*x tape video with Kim Kardashian to his equation and the Salman Khan and SRK fan wars, SRK answered everything.

Have a look at these awesome replies by SRK in the #AskSRK session:

A fan even threatened SRK that he will delete his Twitter account. SRK gave a funny reply to his fan.