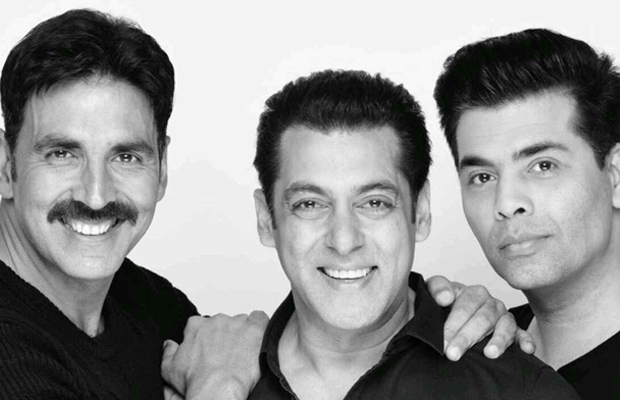 One of the big news of the day from the Bollywood industry is here! Yes, Salman Khan, Akshay Kumar and filmmaker Karan Johar are coming together for a movie slated to release in 2018. Akshay Kumar has been roped in by Salman Khan to act in his production along with Karan Johar. This is for the first time happening in Bollywood where tow superstars are coming together with one putting money on other. As soon as Salman Khan shared this big news, social media went frenzy. This is one of the much-awaited and unexpected collaborations that everyone is looking for.

Salman Khan took to twitter to make one the first biggest announcements of the New Year. He wrote, “Joining hands on a project where @akshaykumar is the hero and will be co produced by @karanjohar and #SKF” 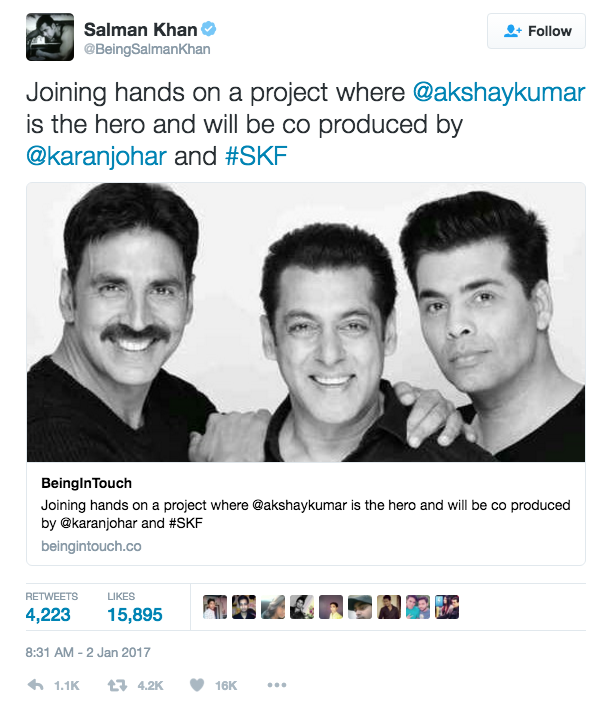 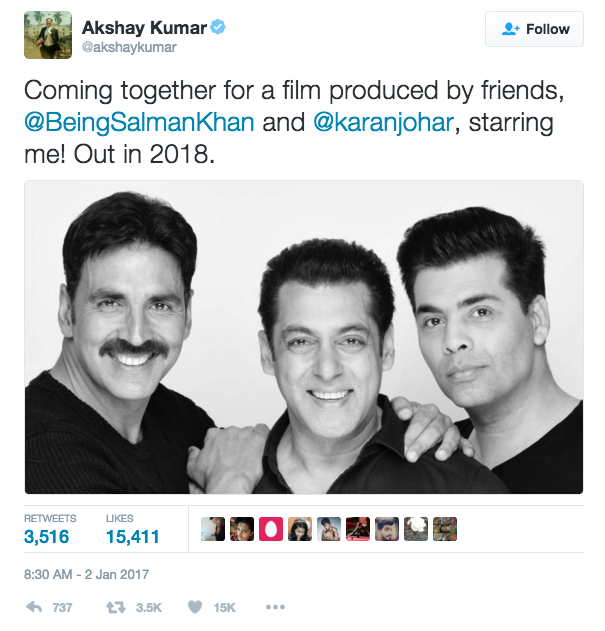 Karan Johar also took to twitter to express his excitement. He wrote, “Truly a fraternity feeling when friends come together to make a special film!!!” 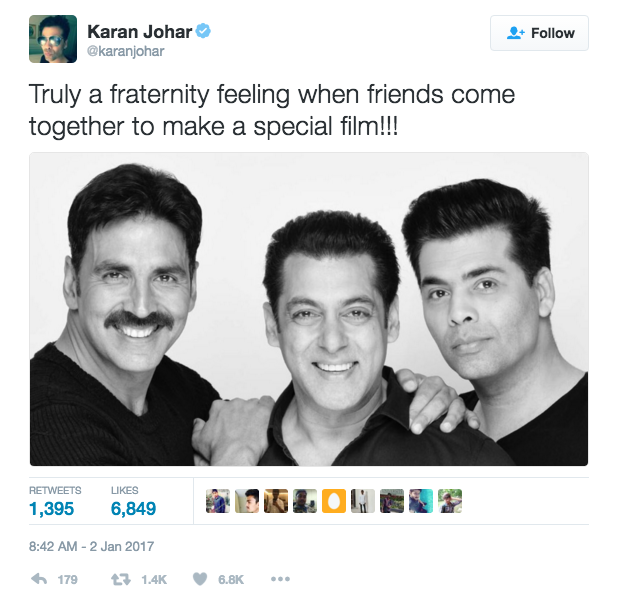 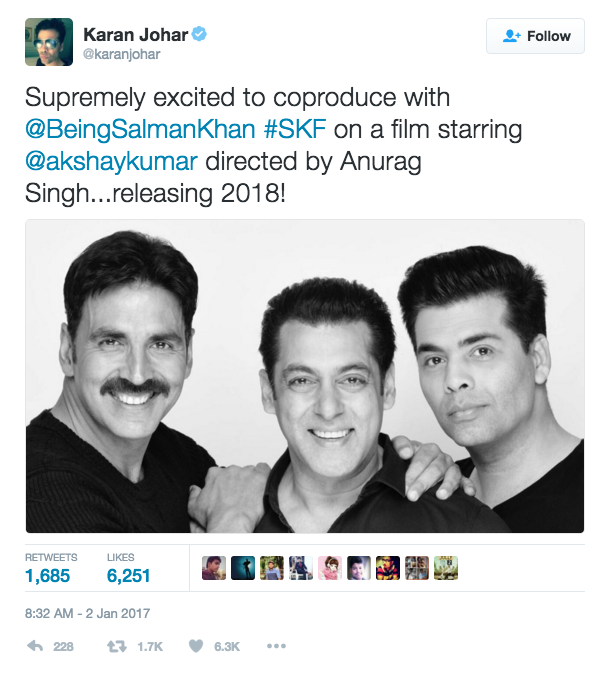 This is a great start to 2017 and hope for many more good things to come ahead this year!