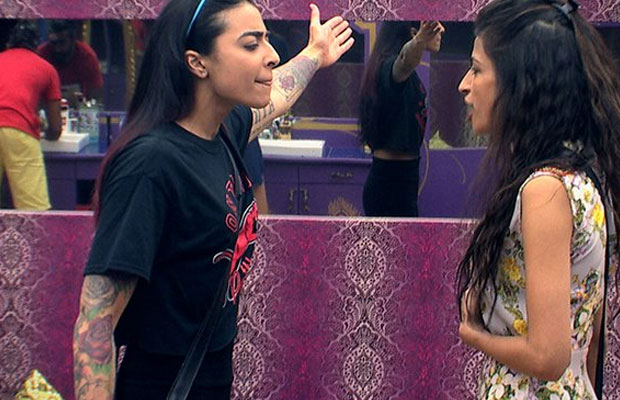 As Bigg Boss 10 starts, the makers of the show give a glimpse of Manu Punjabi’s exit from the house. As we all know Manu had to make an emergency exit as his mother passed away on Friday night. Manu had no clue before leaving Bigg Boss 10 house. Bigg Boss called Manu in the confession room and informed that due to certain circumstances in the outside world, he has to come out of the house. Manu goes speechless as Bigg Boss asks him to leave the house. Bigg Boss asked Manu to bid final bye to his friends in the house and get back in the confession room.

Manu breaks the news to his friends Monalisa and Manveer. As they hear this, they try to stop him but Manu had to leave the house. All housemates bid him adieu and his sudden exit from the house leave Manveer and Mona Lisa crying badly. The duo cannot stop crying and get upset over the situation.

Later Bigg Boss asked housemates to gather in the living area but Priyanka Jagga avoids coming. Bigg Boss then asked Priyanka to come in confession room for not obeying the rules of the house and asked her to not repeat the same next time.

After much of drama by Priyanka Jagga, housemates start with nominations and one by one each of them goes to the confession room. Apart 4 contestants- Jason, Gaurav, Mona and Rahul, all other housemates are nominated for this week’s eviction.

While the housemates were having their time in the house, Om Swami who was asked to leave the house for some personal reason returns again with a bang. Om Swami entered the house through confession room with swag. Housemates also tried asking Om Swami if he interacted with the people out. His reaction to the same was hilarious as he once again started making stories but on the next second, he also told them that he was out for some legal work. Well, housemates looked quite upset over Om Swami’s re-entry. Manveer and Monalisa expected Manu to return to the house.

Well, tomorrow’s episode is going to be another entertaining one with lots of drama as the new luxury budget task has been introduced.