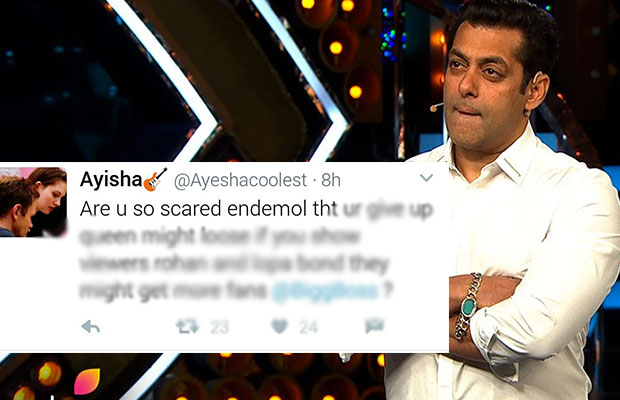 As we all know Bigg Boss is the mother of all the reality shows and has always been a hit among the viewers. But viewers have always raised one question; is the show “real” or not?  Well, the show might not be a scripted one but are Bigg Boss makers cheating the audience? Bigg Boss lovers who love to watch this show for more entertainment might not expect a lot of intellectual satisfaction out of it.  But since, it has involved audience votes; anyone can question the credibility of the voting system. Don’t you think the same?

Well, the viewers and fans are quite upset after Sahil Anand got evicted from the show (which you will see in tonight’s episode) and not Priyanka Jagga.  We all know, Priyanka Jagga has earned haters since day 1 and viewers were quite happy when she got evicted in the first week itself. The makers of Bigg Boss 10 got her back in the house last weekend as a wild card contestant to create havoc again. But the question is; if viewers are upset and want Priyanka Jagga out of the house, how is she getting safe? Who is voting her? Where are the votes of the audience going? There are lots of questions that the viewers have asked and this might actually bring out a reality.

Click next to see how viewers have reacted to latest eviction!