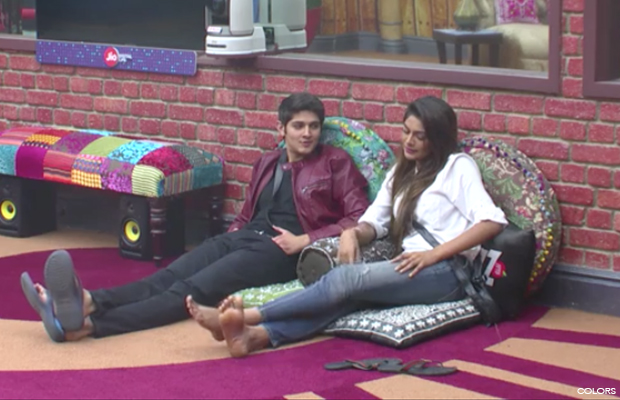 Bigg Boss 10 house is a place where there are so many eyes watching the contestants’ every move. The housemates play very safe and make sure that some things are better not shown on the television while some hesitate to speak about their personal life on the national television. Such is the case of Lopamudra Raut. We bring some unseen gossip of Rohan Mehra and Lopamudra Raut that reveals about their personal life.

As Bigg Boss played “Sajanji ghar aaye” as a wake-up song in the house, the contestants started assuming that what task will be given to them and that, if someone special is entering the house. Later in the day, Rohan tells Lopa that Bigg Boss might send her “saajan” in the house. To which she replies that she has no one in her life. Rohan continues teasing her saying that she might be hiding about her someone special. He further says, “might be he will come for you in a helicopter”.

Lopa also hits back saying that what if his girlfriend (Kanchi Singh) comes. To which he replies that if she wanted to come, she would have come much earlier.

Rohan seemed to be in a funny mood and continued teasing Lopa saying that her someone special might come on white horse or helicopter. Lopa accidently reveals that her someone special does not have a helicopter. Rohan caught her and starts asking who is she referring to when she earlier mentioned that there is no one in her life. Lopa then keeps convincing Rohan to believe that she is single and is happy with her life and friends.