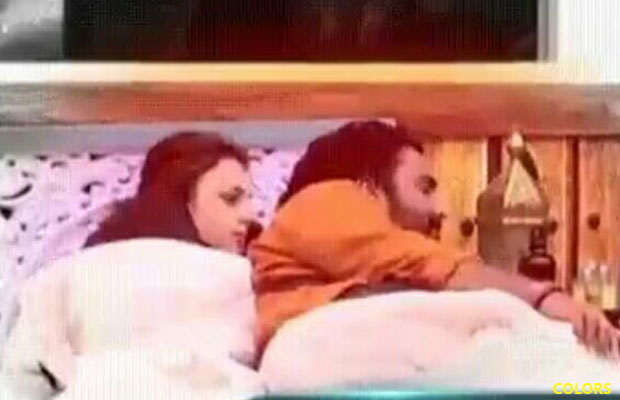 Bigg Boss 10 is entertaining with each passing day but moreover, the show every year garners the highest TRPs on television only due to the hot chemistry between the contestants. This season, Monalisa and Manu’s closeness has grabbed all the limelight. The two are seen spending much of the time together. From kissing to hugging and much more, Manu and Mona’s chemistry has been in the limelight. Well, in tonight’s episode,  Manu and Mona keep their closeness aside and talk about Nitibha’s attention towards Manveer.

Manu and Monalisa sit in the garden area and discuss that how Nitibha has got into the same blanket of Manveer and that she is playing a game. He also tells Mona that Nitibha maintains distance from them throughout the day and gets with them at night. Well, the planning and strategies are never ending in Bigg Boss 10 house.

Later in the night as the clock strikes 12, Bigg Boss sends birthday cake for VJ Bani that has been sent by her fitness expert. But Bani upsets her friends in the house as she ignores to share her cake with anyone in the house. She also tells everyone that nobody would eat her cake without asking her as it is a protein cake. This thing upsets Rohan and other housemates.

Also, Bigg Boss has introduced new captaincy task that is going to create another ruckus in the house. In order to win captaincy task, Manu and Manveer also get into an argument. The new drama will unfold in tomorrow’s episode.