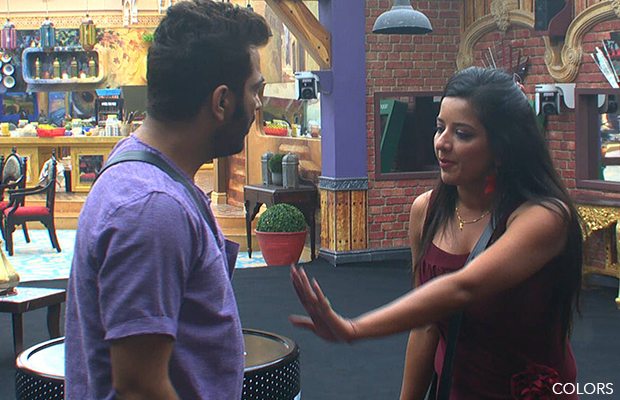 With no connection to the outer world for months, Bigg Boss 10 contestants live in as a family. The equations keep changing each day and yes, every day is a new battleground for the contestants. Since day 1 of the show, Manu, Manveer and Monalisa have stood for each other. In fact, viewers outside have also tagged them as “M3” gang but it seems the gang is breaking.

Tonight, Manu Punjabi and Monalisa will be seen getting into an argument. Well, Manu Punjabi is maintaining distance from Monalisa since her boyfriend Vikrant Singh Rajpoot had entered the house during the ‘Family App’ task. Things are changing now, Manu was heard saying, Mona, that he expected her eviction this weekend and that he was not that happy with her being safe. This leads to some argument between the two.

Later, Mona spends her time alone in the garden area and talks to herself that if she needs to play her game alone, she will. Well, is Manu Punjabi and Mona’s friendship on the verge to end? Only time will tell better!

Going few episodes back, Monalisa had whispered in her boyfriend Vikrant Singh Rajpoot’s ears that she has survived 10 weeks inside the house only due to Manu Punjabi and Manveer. That’s the truth