The latest twists and turns inside Bigg Boss 10 house has taken the game of the show to a new level altogether. Each day is different and unexpected for the contestants inside the house. Celebrity contestant Jason Shah, who had entered the house as a wild card entrant, had walked out of the show due to a stomach infection. The makers of the show decided to evict Jason Shah due to his bad health and also he needed urgent medical attention.

Well, Jason Shah spent only a few days inside the house and looks like he had a good time. Post eviction, Jason took to Instagram and shared a wonderful message for his fans for supporting him. He wrote, “Feels good to be back, unfortunately cause of health issues I couldn’t stay longer in the big boss house. Just wanted to say thank you to everyone that supported me during this time especially with all of your prayers and good wishes. Lots of ??❤️❤️❤️ to all of you.” 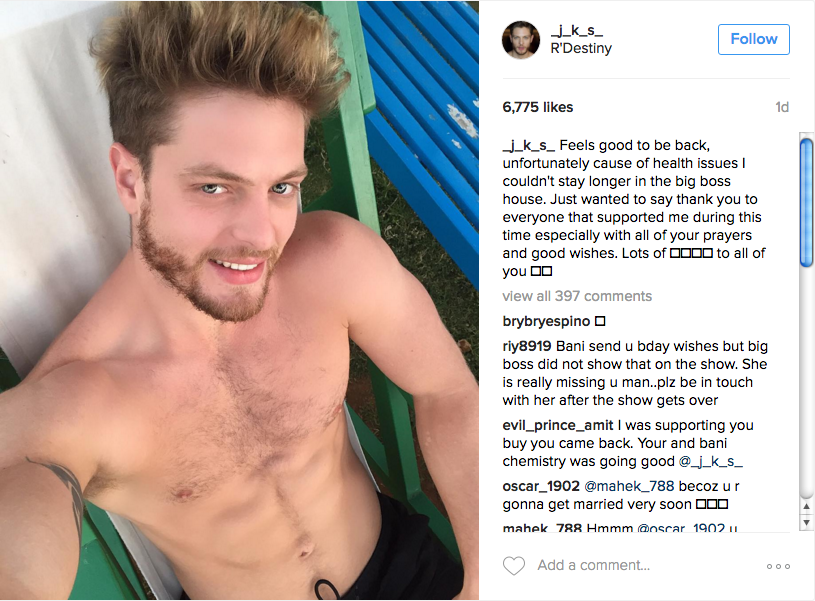 Well, though Jason’s journey was quite short inside the house but he managed to grab all the limelight after he claimed Katrina Kaif ruined his role in Fitoor. This statement did not go well with star host Salman Khan and the actor even said that if the role is already small, people blame the lead stars. Many even claimed that Salman Khan is the reason why Jason is out of the show but there is another side of the story too.