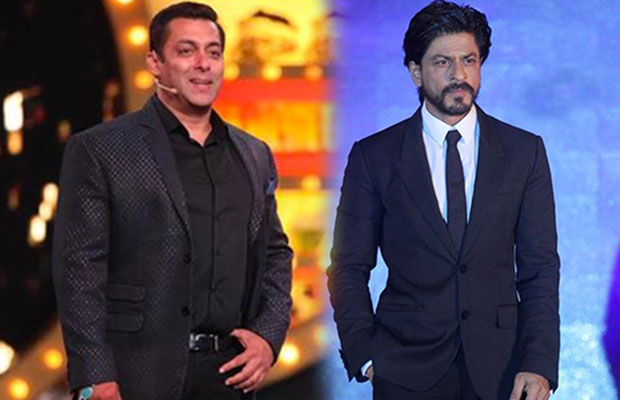 Bollywood actors Shah Rukh Khan and Salman Khan have been bonding big time and it’s very much evident since a quiet long time. A couple of months ago, the two grabbed all the limelight when they went on cycling together. One just can’t get enough of their bromance! Also, Salman Khan never fails to take a dig or raise a point on Shah Rukh Khan. The Sultan actor recently mentioned Shah Rukh Khan on Bigg Boss 10 premier launch episode while interacting with the Swamiji.

Swamiji, who has entered Bigg Boss 10 house as a commoner, started making future predictions about Salman Khan. The Swamiji then predicted that Salman would tie the knot with a girl of his choice. He even added saying that Salman Khan will become an international megastar with his magic. Salman was quick enough to respond saying that he is not interested in becoming an international star and instead he should make Shah Rukh Khan a global star.

What do you think about the same? Share your views in the comments section below.

Stay tuned to Business Of Cinema For Exclusive Updates On Bigg Boss 10!