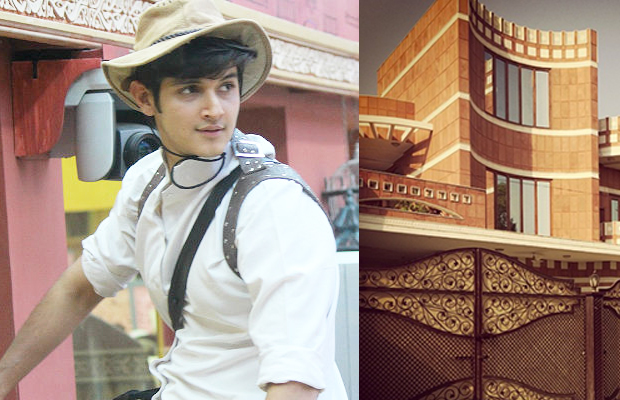 Bigg Boss 10 contestant Rohan Mehra rose to fame and won hearts with his character Naksh Singhania, in one of the longest running soaps Yeh Rishta Kya Kehlata Hai. Rohan Mehra took a huge risk of quitting the show to participate on the controversial reality show Bigg Boss 10. However, Rohan is winning hearts even in Bigg Boss house with his charming personality and decent behavior. Known as Prince of India, Rohan is fighting for survival and eyeing to win the show. He has earned thousands of fans and admirers with his pleasant personality in the house. His appearance on the show has given us a glimpse of his lifestyle and it makes us wonder that how he has managed to live inside the house for months.

To people who don’t know, Rohan Mehra lives a very lavish lifestyle outside in a huge classy villa. Rohan’s house is situated in Amritsar, Punjab but actor has been living in Mumbai. The model turned actor visits his home only once in three-four months due to his work commitments and projects in Mumbai.

Talking about his house, the villa has a huge garden where Rohan likes to spend most of his time with his parents, niece when he goes home. The house also has Rohan’s hoardings and pictures all over. A special section has been created in the living room of his house where Rohan’s awards, medals, and certificates have been placed beautifully.

Surprisingly, Rohan has been away from his home since he was just 15. Born in Amritsar, Rohan left to Mussoorie for his higher studies and then to Mumbai to pursue his career in modeling and acting

CLICK NEXT TO sneak peek inside his luxurious villa: