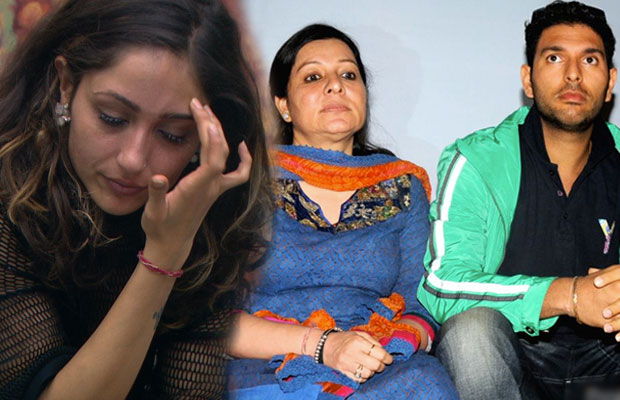 At the premiere episode of #BB10, Akansha had revealed that she was married to Yuvraj’s younger brother Zorawar in 2014 but their marriage ended up within 5 months. She even went on to reveal that her mother-in-law had tortured her a lot and that she is the reason why she parted ways from her husband.

Well, what controversies and drama Akansha witnessed inside the house, are also waiting for her outside. During her stay inside the house, Akansha had also made some revelations that how her mother-in-law traveled with her on her honeymoon too.

Meanwhile, Yuvraj Singh and his family maintained silence but now things have turned worst. Reportedly, Shabnam Singh has decided to file a defamation case against her ex-daughter-in-law Akanksha Sharma for defaming the image of herself and her sons. Well, now this is going legal for Akansha Sharma. Shabnam Singh’s lawyer has also said that they will take Bigg Boss 10 footage as a further proof.

On the other hand, post eviction, Akansha Sharma has made more shocking revelations. Read HERE