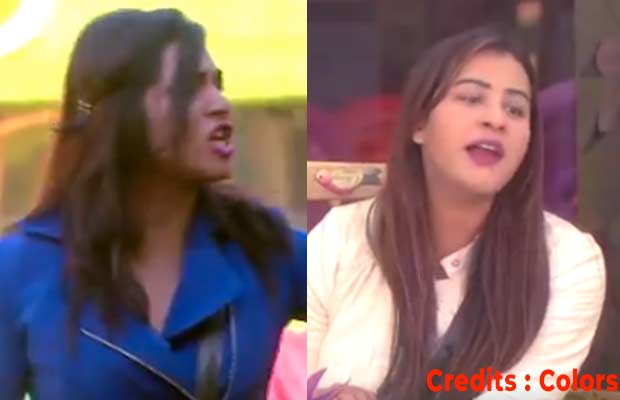 Bigg Boss 11 contestants fight it out to choose the new captain of the house.

With four weeks left for the grand finale, Bigg Boss 11 contestants are giving their best to stay in the game. From planning to making new strategies, the housemates are leaving no stone unturned to stay in the limelight. The latest episode saw contestants getting an opportunity to see some clippings. Hina Khan, Vikas Gupta and Arshi Khan get a chance to watch what others have talked behind their back.

Arshi Khan, Vikas Gupta, Luv Tyagi and Shilpa Shinde get into a discussion on who should get down for the captaincy. Shilpa and Arshi get into argument over the same. Arshi tells she wants captaincy anyhow, on the other hand, Vikas names Shilpa was the captaincy.

Luv Tyagi names himself and reasons that he wants to as he might get evicted this week. Shilpa on the other hand names herself for the captaincy.

Well, the drama is going to be intense as Arshi will stick to her point. She wants herself or Vikas to be the captain. The debate will be turning intense in tonight’s episode.

Who do you think deserves to be the new captain? Share your views in the comments section below.