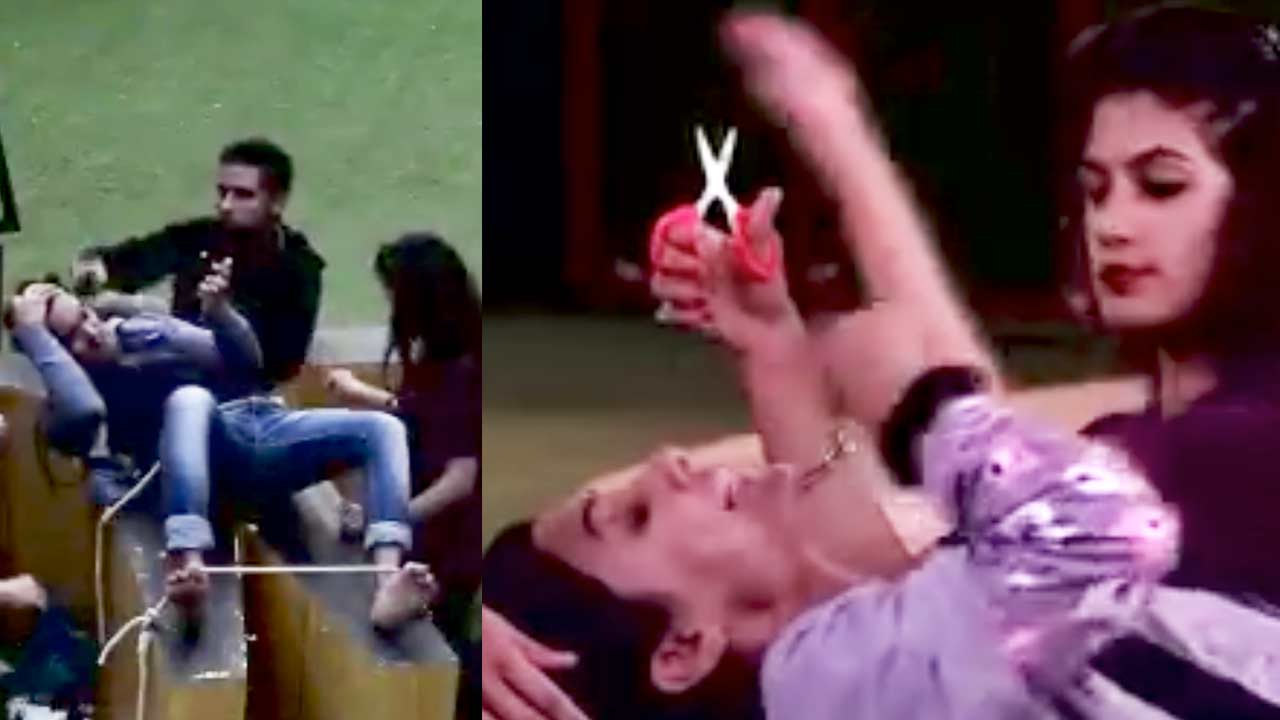 Equations are changing in Bigg Boss 11 house at every hour. Shilpa Shinde and Arshi Khan, who became good friends, are against each other. On the other hand, Akash Dadlani and Puneesh Sharma have somehow patched up, maybe for the sake of the game. Just when we expect that the things are settling down, the new drama brings tension in the house.

Tonight’s episode of Bigg Boss 11 will see housemates gearing up for the second round of the luxury budget task. For the second round, Shilpa Shinde’s team will be seen torturing Hina Khan’s team in ‘Lilliput and Daanav’ task.

Puneesh Sharma and Bandgi leave no stone unturned to torture Hina Khan’s team. They even trim Luv Tyagi’s head, leaving him annoyed. From waxing his body to trimming his head, Luv Tyagi became their major target.

Also, tonight you will see Hiten Tejwani losing his cool after someone steals his trimmer. Hiten goes mad at this and alleges that someone from Priyank’s team has stolen his trimmer. Hiten warns everyone in the house that nobody should touch his personal belongings.

Meanwhile, read here to know who has won the new luxury budget task of the week.Exclusive Bigg Boss 11: This Team Wins The Luxury Budget Task Of The Week!

Puneesh-Bandgi are hell-bent on taking revenge! To what extent will they go? Tune in to find out tonight at 10:30 PM. #BB11 #BBSneakPeek pic.twitter.com/Jw2kUN9g7V