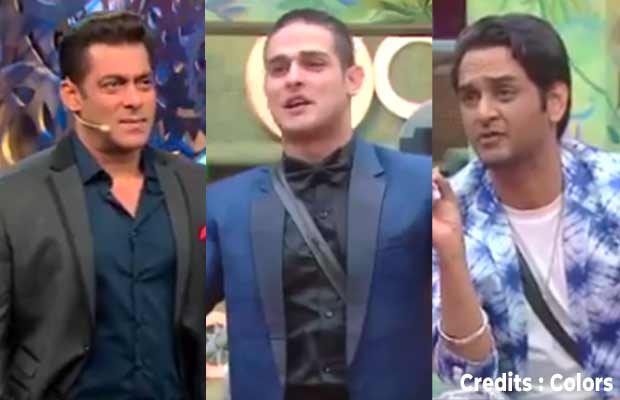 As we saw in the latest episodes of Bigg Boss 11, Priyank Sharma and Vikas Gupta‘s friendship is turning each other. The two best friends have turned enemies. During the recent, ‘BB Lab’ task, Vikas Gupta had accused Priyank of discussing his se*uality with Hina. Vikas lashed out at Priyank like never before. Their friendship turning sour has left everyone in a shock.

Post-task, Priyank Sharma was also seen telling Arshi that his relationship with producer Vikas Gupta is unbreakable despite all the fights. Priyank pours his heart out about Vikas in front of Arshi. He had said, ”I wish Vikas progresses a lot in life. Actually, I want him to win this show. If he wins, I will think I have won the show.”

Well, Priyank apologized to Vikas but nothing could work out. Their fight is turning intense. In tonight’s episode of Bigg Boss 11 weekend ka vaar, Salman Khan will be seen discussing about Priyank and Vikas Gupta’s problem.

Vikas immediately says ‘I don’t who Priyank Sharma is.” Salman then asks Priyank Sharma that if he agrees to Vikas Gupta’s accusation of him doing everything in the house for cameras. The two start then fighting n front of Salman Khan.

Bigg Boss 11: Vikas Gupta To Work With This Pakistani Writer After The Show?