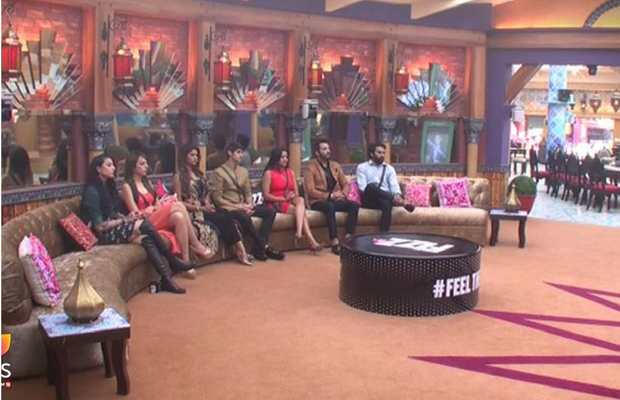 Usually, during Bigg Boss 10 weekend ka vaar episode, star host Salman Khan shows the mirror to all the contestants over their wrongdoings and performances throughout the week but this time Bigg Boss gave the opportunity to the contestants itself. As the show is heading closer to the finale week, there will be enough fireworks to keep us glued to the television screens.

We EXCLUSIVELY reveal, Bigg Boss gives a task to the housemates in which they had to rank themselves with a mutual decision. The task seemed to be an exercise to let housemates decide where they stand after 12 weeks but this led to another squabble.  After much of discussions and arguments on who will stand on which position, Bigg Boss contestants ranked each other with mutual decision according to popularity and performance on the show.  Lopamudra Raut, Manveer, Manu Punjabi, Monalisa, VJ Bani and Nitibha Kaul were asked to rank themselves while Rohan Mehra couldn’t be a part of this task as he is nominated for the entire season. Also, the results of this task will directly affect on a ticket to the finale. Yes, you read that right!

Want to know which contestant stands at which position after the mutual decision? CLICK NEXT TO READ!