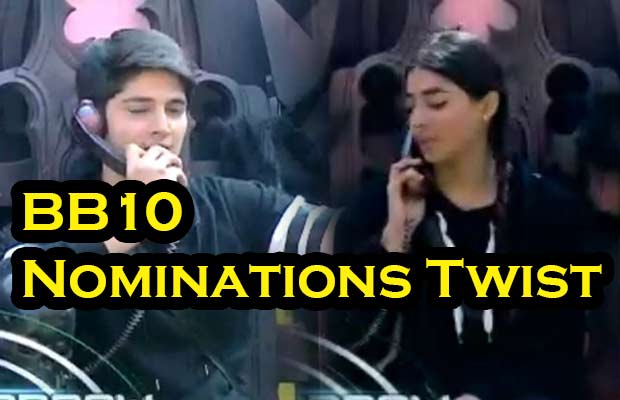 It’s unarguable that all power lies in the hands of Bigg Boss! The controversial reality show, Bigg Boss 10 is taking new twists and shocking turns with each passing day. One more week of the show has passed and it’s time for the scariest thing, “nominations”. After Om Swami was sent in the secret room, Bigg Boss introduced nomination task that has never happened in the history of the show.  We EXCLUSIVELY reveal this time nominations were quite different as there was no confession room and no open nominations. The nominations took place on the king size chair kept in the garden area of the house with a telephone attached to it. Every time when the phone rings, one contestant has to come and sit on the chair where Bigg Boss will individually talk to them on the phone. The contestant sitting on the chair will be given a task and in order to get safe from the nominations, they have to get the task done at any level.

Sounds interesting yet exciting, isn’t it? That’s not all, CLICK NEXT TO READ ALL THE EXCLUSIVE DETAILS ABOUT THE TASK AND WHAT TASK WAS GIVEN TO EACH CONTESTANT IN ORDER TO GET SAFE FROM THE NOMINATIONS.