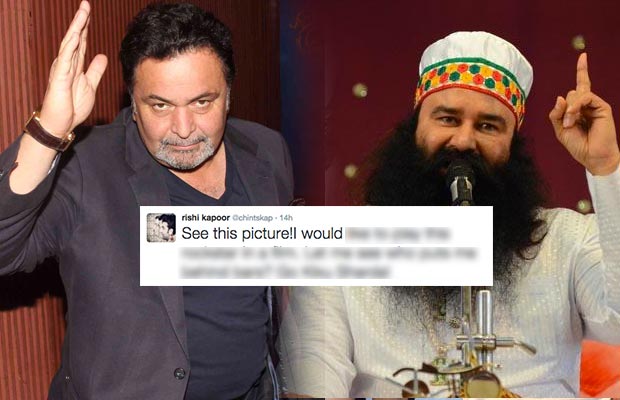 Actor Rishi Kapoor, born on September 4, 1952, turns 54 today. The actor started off his career as a child artist in the film Mera Naam Joker. His first film as a lead actor was Bobby, that became a huge hit. In his career, Rishi has given us amazing films like Amar Akbar Anthony, Karz, Henna, Doosra Aadmi, Bol Radha Bol, and much more.

Be it a supporting role or a cameo, Rishi’s presence in any film is always remarkable. He is one of the versatile actors we have in Bollywood. He is also an ideal husband and is happily living with his actress wife Neetu Singh. Over the years, we have always seen him as one of the talented actors. Well, thanks toTwitter we came across his humorous and witty side. The actor has been making us go ROFL over his tweets.

Here are some hilarious tweets by Rishi Kapoor that will give you a good laughter:

My future. After all the bashing I have got and threats to boycott my films ab bas Ye hi reh gaya hai! pic.twitter.com/m9EKqj4SBX

Why do male/female actors wear dark sun glasses in the NIGHT specially at parties and airports where media hang around? Someone tell me this

Had a fight with Neetu last night. She doesn't understand that I am very scientific specially in the night after 8. pic.twitter.com/1Y3IFjx9ob

This is serious analysis. But it holds true also,JWBL Company should give a permanent 50% off to us Punju's big biz! pic.twitter.com/W9E6mNJoSc

If it is the problem of slaughtering our "Gau mata"then the government should allow importing beef which was banned until now.All happy then

Wonder what my friend Arnab goes through on his programmes.All in an incomprehensible screaming match.Check blood pressures please.Worrisome