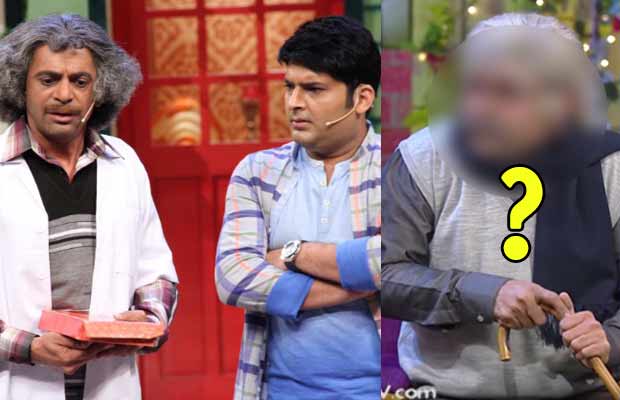 As we all know, after Kapil Sharma’s fight with Sunil Grover on a Melbourne-Mumbai flight, many of his teammates including Ali Asgar, Sugandha Mishra left the show in solidarity. However, Kapil Sharma didn’t give up and continued entertaining his viewers despite being criticized every now and then. With archrival Krushna’s comedy show, ‘The Drama Company’ also being telecast on the same channel (which also has Ali Asgar on board), Kapil’s show started garnering more TRPs. In fact, he has also got fresh cast in place of many other comedians, who left the show after Kapil-Sunil mid-air fight.

Kapil recently got Bharti Singh and it was truly a surprise for everyone. However, Bharti left the show after few episodes due to her new show, ‘Comedy Dangal’ where she is the judge of the show along with Anu Malik.

Now with the latest change in the cast, Kapil Sharma has got Radio Jockey, RJ Naved as Sumona Chakravarti’s ‘Dadaji’. And this seems to be a replacement of Sunil Grover. In the recent episodes of TKSS, we have noticed RJ Naved making frequent appearances, which is indeed a proof that he has now become a permanent member of the show.

Earlier Sunil Grover played the role of Sumona Chakravarti’s dad, Dr. Mashoor Gulati and now looks like; Kapil has got Naved a replacement but in the role of ‘dadaji’.

On a related note, lately, rumours were doing rounds that Kapil Sharma has replaced the show’s permanent special guest, Navjot Singh Sidhu, with Archana Puran Singh. This created an argument between Sidhu and Kapil. However, the comedian star rubbished the news.

Kapil was quoted saying, “There is no truth to this news. This (someone filling Sidhu’s seat for a few episodes) has happened before. For example, when we shot for Sairat episode, Sidhu Sir was not there, even when Jackie Chan came, we called Raveenaji for the episode. I read this news but the truth is that I haven’t actually spoken to Sidhu Sir. The news is absolutely false.”

He also added, “About replacing Sidhuji, I can never ever think about this. Whenever I plan to shoot, I always plan it with Sidhuji because I feel he is lucky for me.”