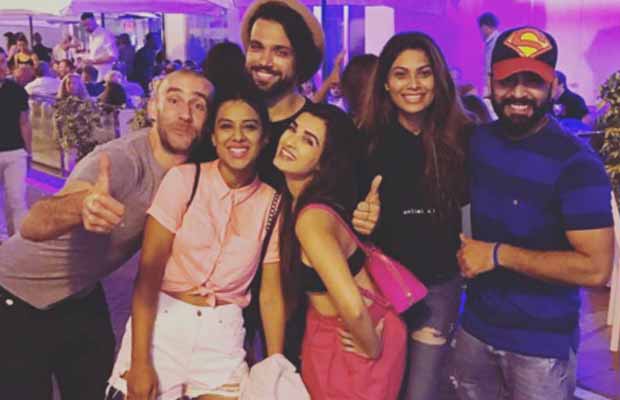 The contestants have already reached Spain but before the shoot starts for the reality show; the stars are having a whale of a time.

Former Bigg Boss contestant Lopamudra Raut, who has geared up for another reality show, shared some images of her chilling out with other contestants in Spain. She shared a video of herself with Manveer, Shibani and Shantanu. Lopa captioned the video as, “Driving through Marbella I realized.. These Marwaris and punjabis around me are obsessed ! ? #Marbella#Spain #KKK #fearfactor”

Driving through Marbella I realized.. These Marwaris and punjabis around me are obsessed ! ? #Marbella #Spain #KKK #fearfactor

The gang is road tripping!

It’s great to see that celebrities have already started bonding with each other. Take a look at some of the pictures of them having a blast in Spain!

Here’s one more video of Shibani Dandekar and Monica Dogra dancing their heart out at a club in Spain:

#Dmoney and shibs taking over Spain… how we do @monicadogra ?? #SoWePutOurHandsUpLikeTheCeilingCantHoldUs

Also, Indian wrestler Geeta Phogat has found a friend on the trip and she is none other than Hina Khan.

Meanwhile, Ravi Dubey has injured himself on the day one of the shooting. She shared an image of his arm covered with the whole bandage.