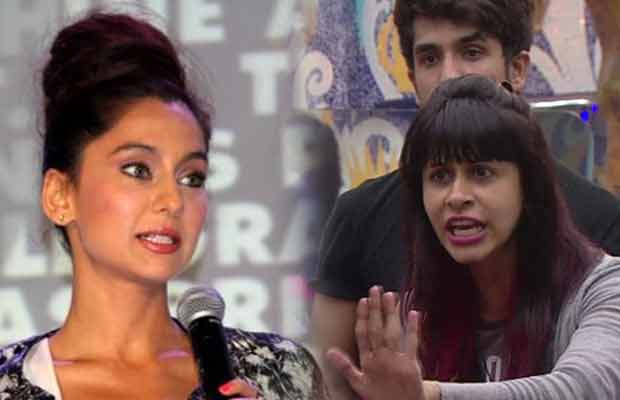 It happened after Kishwer posted a story on her Instagram page where a few of her friends were seen enjoying some random conversation. They are seen talking about food and one of her friends in the video is heard saying, ‘I want pancakes’.

Anusha and Gaelyn picked the above-quoted line and started making fun of Kishwer Merchant’s friend’ accent. Instead of making fun and laughing out at the same in private, the two girls recorded the video and put it up on social media.

However, Kishwer couldn’t take this and she lashed out at Anusha and Gaelyn with a post stating, “VJ Anusha nt everyone is from Australia and nt everyone has tht accent .. but theyare my friends and they have a good heart.. unlike u and vj gaelyn who are sitting and making fun of two people on ur insta story u dnt even knw .. (sic)”

The angry lady once again edited the post to reveal the name of the guy that they were making fun of. She wrote, “It’s sad when a 35yr old doesn’t knw how to behave @vjanusha @vjgaelyn .. grow up !!! And fyi the guy in the video is @rahullsharma and the girl is @gur4neet .. now u knw them!!! (sic).”

Suyyash Rai too lashed out at VJ Anushka and also tagged her boyfriend, Karan Kundra. He wrote, “People consider u guys their role models / idols … it doesnt suit u guys @vjanusha @vjgaelyn . Disappointed seriously… U guys r probably trippin on something and enjoying but unfortunately for you they are my frns. U shudnt have put this on ur socail networking websites specially wen there millions of people looking up2 u…and unfortunately they are your FANS :). U guys probably well educated and have probably studied and stayed abroad all ur lives its juss that my frns r tooo desi to have that accent…n unfortunately that guy is from punjab too just like @kkundrra AND je lodh payi metho vadda desi labna v nai…GROW UP (sic).”

What do you think? Was Kishwer Merchant and Suyyash Rai’s anger justified? Don’t you think Anusha should have not publicly made of the guy’s accent as her boyfriend; Karan Kundra too speaks a thick Punjabi accent? Share your views in the comments section below.