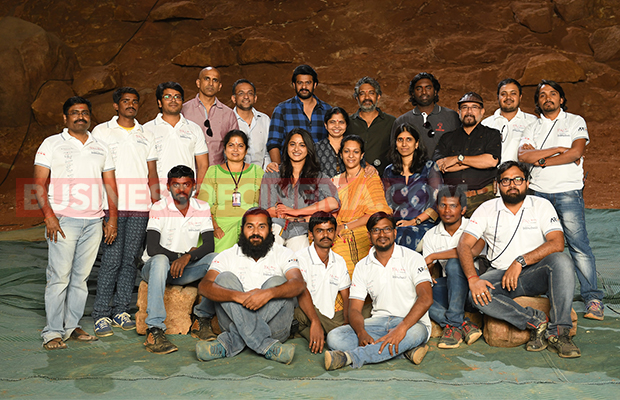 Thanking Prabhas for his belief in the project, Rajamouli took to Twitter to express his feelings. He tweeted, “And thats a wrap 4 prabhas 3.5 years. Onehellof a journey Thanks darling.No one had as much belief on this project as you. That means a lot.” 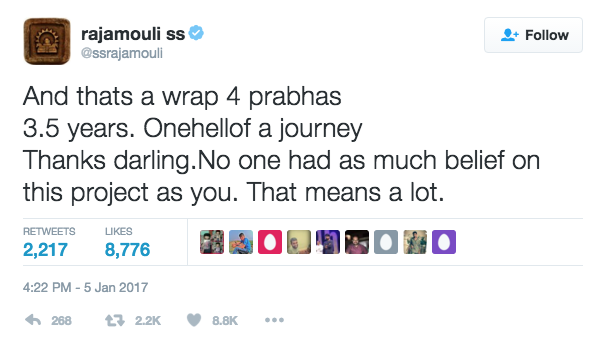 The filming of the second installment of the franchise, Baahubali 2 is almost done and the team is all set to strike theatres to unravel the mystery of Baahubali’s death by one of his most loyal, Katappa. The sequel Baahubali: The Conclusion starring Prabhas, Rana Daggubati, Tamannaah, Anushka Shetty and Sathyaraj is slated to release on April 28, 2017. 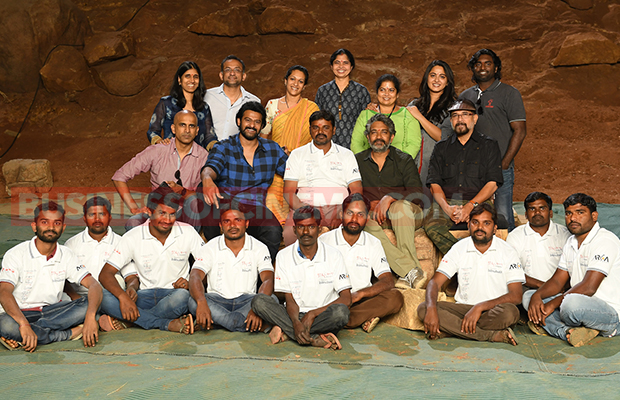