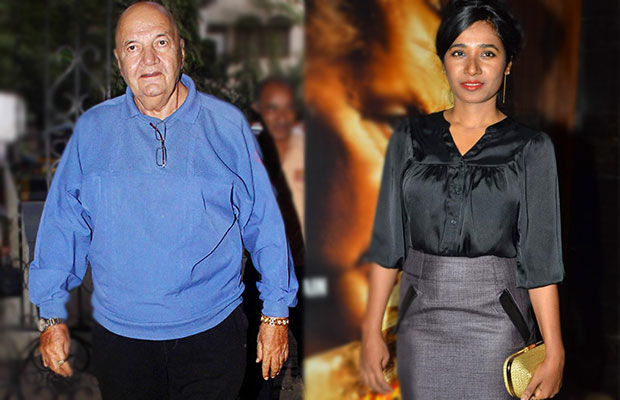 Parched actress Tannishtha Chatterjee slammed Krushna Abhishek‘s ‘Comedy Nights Bachao‘ after they made fun of her skin color. The actress raised the point of racism and wrote an open letter on Facebook, mentioning about facing a “racist attack” on the show. The channel immediately responded to Tannishtha Chatterjee’s open letter and apologized for the same.

Many news channels conducted debate if it is fair to make racist jokes on the roasting format of the show. Now two days after Tannishtha slammed the channel, Prem Chopra, who was also one of the guests on the show, has come out with a shocking statement. The veteran actor said that what Tannishtha Chatterjee did was a publicity gimmick.

Prem Chopra said, “I do not know if Tannishtha has taken up a social cause to prove to the world that dark colour is not a negative thing. As an after-thought, some one must have told her to take advantage of the situation to garner publicity. One has to learn to laugh at oneself. Even Shah Rukh Khan and Salman Khan make jokes about themselves. There are people who make fun of others, but when it is done to them, they just cannot take it. That’s unfair.”

“One should not complain about what was said or take it seriously as the show’s concept is to make you laugh. It is all in good faith. If you cannot take a joke, you should not go on such a show,” he added.

Prem Chopra also said that how he took some jokes on himself and that he even hit back with some jokes without getting offended.

He said, “I do not have hair on my head and cover it (my scalp) with a cap. They told me to remove it and then they cracked some jokes on my baldness. At the same time, I cracked jokes at their expense as well. This show is not about laughing at people, but laughing with them.”