It’s been 4 months since Shahid Kapoor and Mira became proud parents to a baby girl, Misha. The duo has been spotted many times along with their daughter Misha at the airport while heading for family trips but Shahid always covered his little baby Misha to avoid being clicked by paparazzi and no one till date got even a little glimpse of his daughter.

Well now, Shahid himself took to Instagram to share a glimpse of his daughter Misha and the pic is worth thousand words though not entirely revealed. He captioned the adorable photo as, “Mi-shoe ❤️” 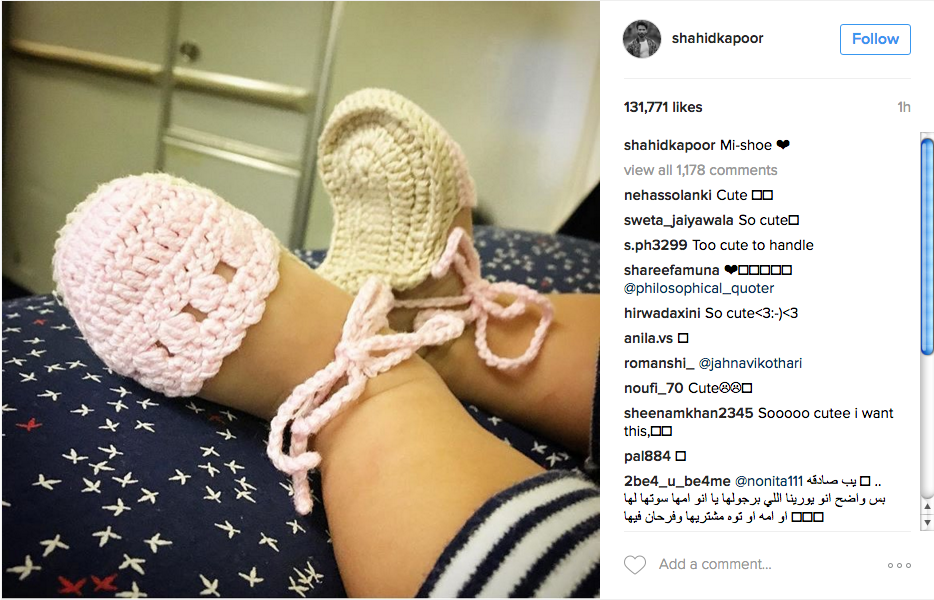 On the work front, Shahid Kapoor will be seen in Vishal Bhardwaj‘s Rangoon alongside Saif Ali Khan and Kangana Ranaut.  Shahid will also be seen as Deepika Padukone‘s on-screen husband in Sanjay Leela Bhansali‘s Padmavati, which also stars Ranveer Singh in the lead role.