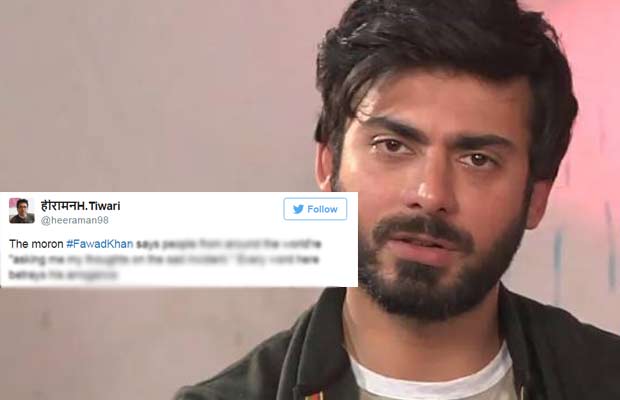 Fawad Khan has finally spoken up on the growing tension between India and Pakistan. Well, he didn’t condemn the Uri attacks, which his Indian fans were expecting, but he wants peace between the two nations. He also cleared that he did not degrade India or Indians by addressing them as ‘small – hearted’, and it was a false news. Well, he did not give any interview to share his view, he took to his Facebook to share his thoughts. 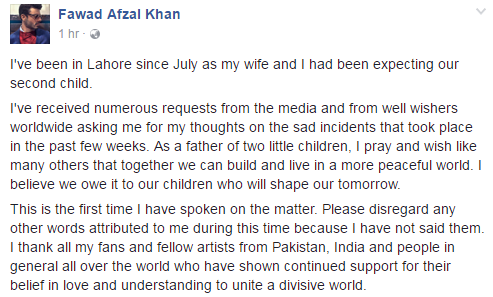 Twitterati, on the other hand, has quite mixed reactions on his statement.

Can't say anything about other Indians, I shall not watch #FawadKhan's movies.

I am so glad #FawadKhan said it in the most apt way. Spoke what he wanted to and not what they were saying him to.

The moron #FawadKhan says people from around the world're "asking me my thoughts on the sad incident." Every word here betrays his arrogance

#FawadKhan won't condemn terror attack in #uri , let him not be allowed to make money on our soil! BAN ALL PAKISTANI ACTORS! Grrr ???

Today is the day when Pakistani artists will speak against #UriAttack. First #ShafqatAmanatAli, now #FawadKhan. Let their movies release.

So respectful & smart answer to the media ? #FawadKhan